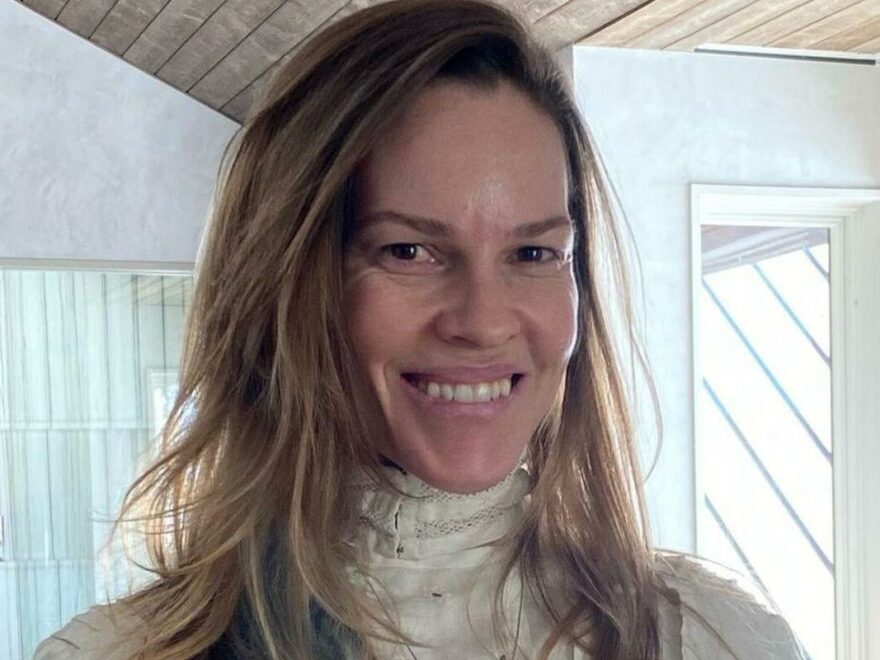 In a new interview, the ‘Million Dollar Baby’ actress talks about her struggles while carrying twin babies, her first children with husband Philip Schneider.

AceShowbiz –Hilary Swank struggles with “double the sickness” while pregnant with twins. After revealing this month that she and her husband Philip Schneider are expecting their first children together, the Oscar-winning actress, 48, opens up about her pregnancy so far and how carrying two children is intense.

“I was having some bouts of morning sickness for a while there,” She told Extra TV. “My friends tell me when you have double, it doubles the hormones, double the sickness, double the everything.”

The “I Am Mother” star admitted it was a huge challenge trying to disguise her bump while filming her Hulu series “Alaska Daily“. She said, “I was cutting my pants open in the back because they weren’t fitting me anymore … and people were like, ‘That doesn’t really match’ and I’m like, ‘Well, I think her shirt could be out here.’ “

Hilary confirmed her pregnancy during an appearance on “Good Morning America” to promote the show. She said, “I’m so happy to share it with you and with America right now. This is something I’ve been wanting for a long time and my next thing is I’m going to be a mom! I’m going to be a mom and not just of one but of two.”

After being congratulated on the happy news, she said, “It’s so nice to be able to talk about it and share it. It’s far enough along that I can share it. And I am sharing it right now for the first time.”

The “Million Dollar Baby” star declined to reveal when the twins are due. Hilary, who has been married to Philip since 2018, claimed in a 2020 interview that she was “very maternal” even though she was yet to have children.

She said, “I feel like so much of the time women who either choose not to or can’t have children are somehow seen as not maternal or not mothering and it is a conversation that needs to be had, because… I’ve heard a lot of women say that they’ve been told, ‘Oh, you’re kind of a failure.’ Or, you know, ‘Didn’t you come here to procreate? There are so many different ways to procreate!’ Any type of mothering, any type of nurturing, is being a mother.”