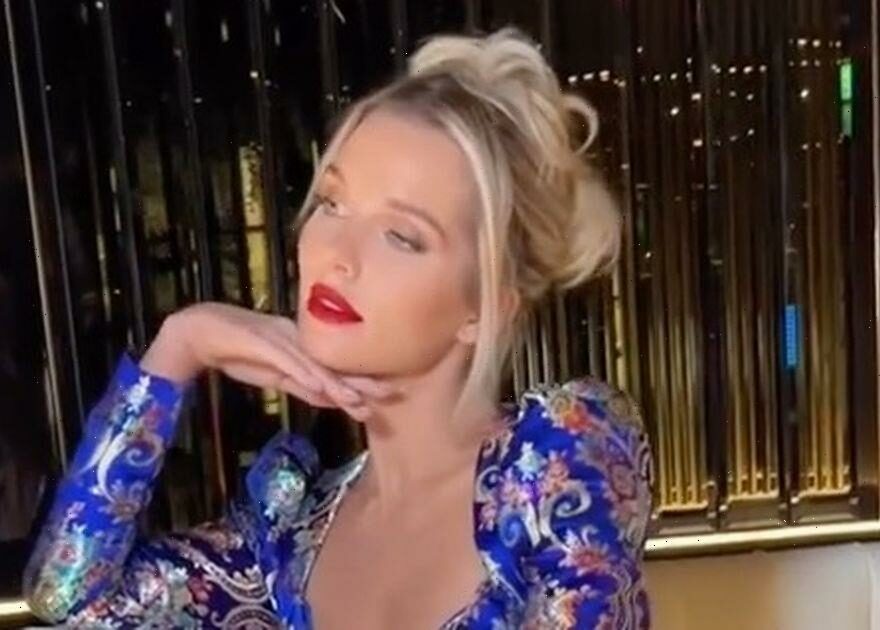 Former Coronation Street star Helen Flanagan sent her fans wild as she got glammed up for an evening out with pals.

Helen stole the show as she opted for a blue and gold patterned dress with a plunging neckline which highlighted her ample cleavage to the camera.

The blonde bombshell also showed off her long legs to the camera as the daring hemline left little to the imagination as Helen struck a series of different poses.

Helen tied her locks up into a bun as tendrils fell around her face as she added a bold red lip to her pout for the glam evening out.

Meanwhile, Helen could also be seen without her engagement ring as rumours are swirling that she has split from her long-term partner Scott Sinclair.

The couple, who share three children together, are said to have called off their engagement earlier this year after "hitting a rough patch".

A source told The Sun: "Helen has removed her engagement ring and told those close to her that she is no longer with Scott.

"They hit a rough patch in the summer and after Helen came back from South Africa it ended for good.

"[They’ve] committed to co-parenting their kids as a family unit."

Neither Helen or Scott have publicly commented on their relationship, but Helen was seen without her ring as she attended the Pride of Britain Awards solo.

The couple first started dating back in 2009 when Helen was just 19, and got engaged at Disneyland in 2018.

They were scheduled to get married in 2024, with Helen saying: "I have been really picky which is why it’s taken me so long but I have managed to find the perfect venue.

"Unfortunately they can only fit us in in 2024 but we have been together so long, I’ve been with Scott since I was 19, it already feels like we’re married – which is why I’ve been so laid back."