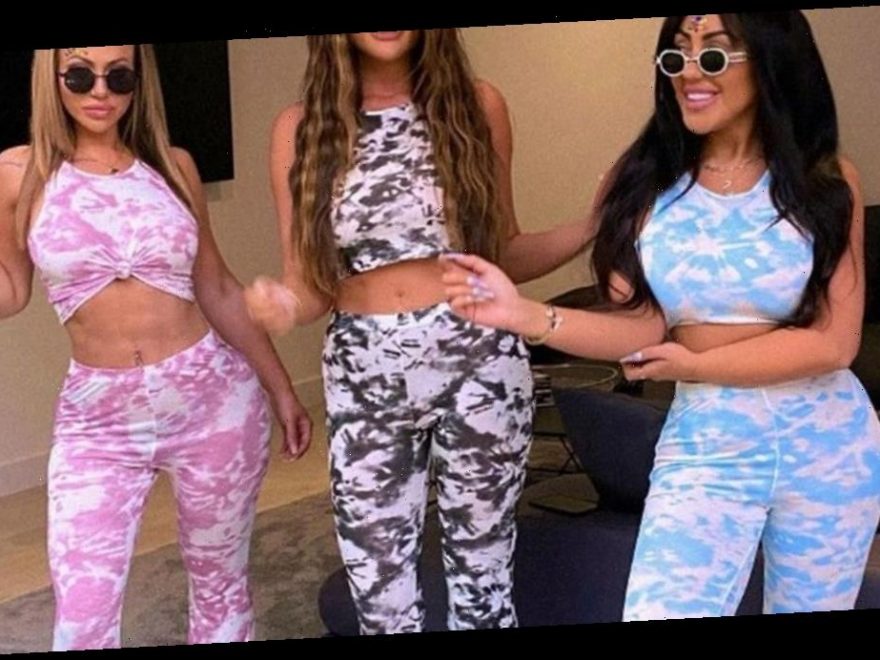 Holly Hagan has insisted her Geordie Shore pals Charlotte Crosby and Sophie Kasaei are still her bridesmaids after they missed her hen party.

During an Instagram Q+A, Holly, 28, explained that while they were unable to make her hen do on Geordie OGs, she’s having a second one in Ibiza next year.

When asked why bridesmaids Charlotte, 30, and Sophie, 31, didn’t attend, she wrote: “Charlotte was filming something else and Sophie wasn’t in the country.

“It was just a mini one for OGs but the big one will be in Ibiza next year.”

Holly, who got engaged to fiancé Jacob Blyth in June 2019, also revealed she’s nearly finished the plans for her forthcoming nuptials.

Sharing a screen shot of her wedding planner confirming a gravy fountain for her big day, “Holly wrote alongside: “My planner @hiddentreasuresibiza is absolutely insane and dealing with all my random requests.

“I think we’re pretty much there only the last few things to organise now.”

Holly and Jacob are set to tie the knot in Ibiza in 2021 after they postponed their wedding due to the pandemic.

She previously explained to OK! online: “We were planning on doing it in 2021 in summer but do you know what? It’s so much hassle and just so much stress that I’m thinking we might put it off a little bit.

"There’s no rush, we are only 27 and I think if we rushed through it and then it’s done, it’s like, oh what’s next, so I think we’re going to just enjoy being engaged for a while and then see where we’re at next year."

Footballer Jacob popped the question in a romantic beach proposal, with Holly sharing the happy news on Instagram.

Sharing a picture of herself kissing Jacob alongside a video of the moment he got down on one knee, she wrote: “IM GUNNA BE A WIFE. Swipe for the video of the best moment of my life.

“I can’t believe I’m actually writing this, or that we and everybody else managed to keep it a secret for the last couple of weeks.

"But on our second anniversary on the island where we first met, the love of my life asked me to be his WIFE!!"