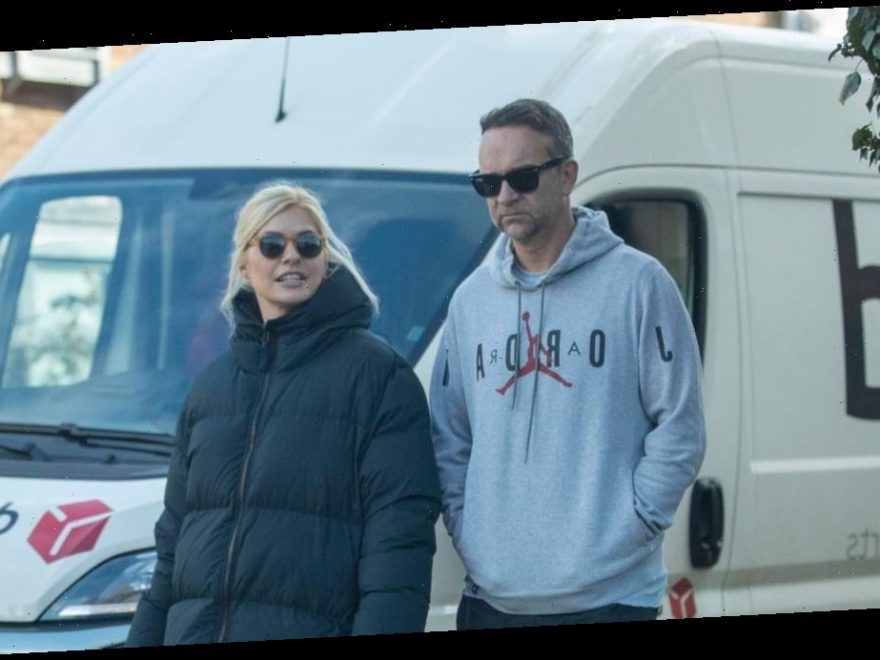 Holly Willoughby and her husband Dan Baldwin have been spotted out on a romantic stroll together.

The presenter, who was recently left in stitches after watching Emily Atack impersonate her, spent some quality time with her husband during lockdown.

The couple looked like the epitome of happiness as they walked hand-in-hand during their walk.

Holly, 39, covered up for the outing in a navy padded winter coat, with the word Love emblazoned in big letters on the back.

She teamed her coat with a pair of black leggings, grey socks and some grey and white Nike trainers.

The This Morning host had her hair tied up and accessorised with a pair of sunglasses.

Meanwhile, television producer Dan, 45, opted for a grey hoodie, a pair of black shorts, some socks and a pair of trainers, while also wearing some sunglasses.

The lovebirds made their way through a park and took a break from the kids to have some couple time.

Holly and Dan initially met in 2004 on the sets of kid's TV show, Ministry of Mayhem and began dating shortly after.

She presented the show alongside fellow host Stephen Mulhern, while Dan was one of the producers on the programme.

Dan proposed to his other half just 18 months after they started dating.

The pair got married in 2007 and are parents to children Harry, 11, Belle, nine, and Chester, six.

In April this year, Holly opened up on This Morning about how she and partner Dan were able to navigate their marriage during the first lockdown.

The mum-of-three, who dazzled at the Pride of Britain awards on 1 November, said she and Dan had not argued during quarantine and he had been doing nice things for her.

"I also think that doing little nice things gives you a bit of leeway in other areas as well," shared.

"Like, if I'm sort of doing something and Dan will come and make me a cup of tea or I'll come back and he would've put the washing away – and I haven't asked him.

"Then I sort of turn a blind eye to all these other things, so I think doing little things to help makes a big difference," Holly explained.