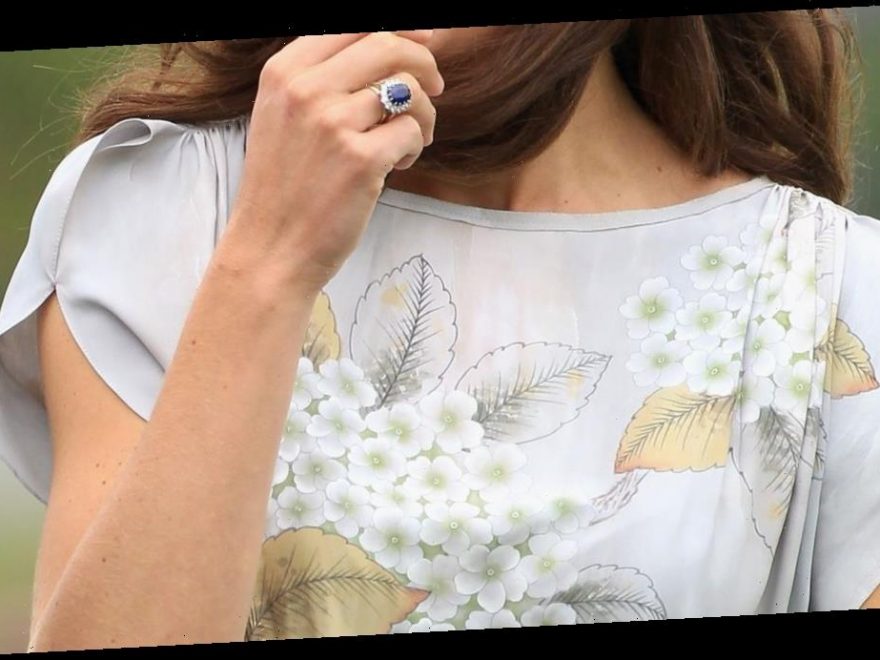 With what would have been Princess Diana’s 60th birthday just a few short months away, her biographer Andrew Morton has exclusively told OK! about the strong similarities between Kate Middleton and her late mother in law.

He told us: “She didn’t have to say a word, just turned up and laid her flowers and everyone can draw their own conclusions.”

“That’s exactly how Diana did it – one gesture is worth a thousand words,” Andrew added.

Further expanding on their likeness, Andrew said that the Duchess of Cambridge seems to be comfortable letting her actions do the talking, just like the people’s Princess Diana before her.

He explained: “It shows that Kate is someone who doesn’t have to speak out.”

Andrew continued: “She’s doing what Diana used to do, which is let her body language tell the story.”

And the Royal insider added that Kate’s body language has also begun to mirror William’s mother, who tragically passed away in a fatal car crash in Paris in 1997.

“Kate has the Diana Walk,” he observed. “Quickly and with determination was very much how Diana walked.”

Meanwhile, it seems Kate and her husband Prince William are doing everything within their power to keep Diana’s memory and legacy alive – particularly when it comes to their children.

Andrew says: “Diana is certainly in their minds, as you can see from the Mother’s Day cards they shared to her.”

“There’s no doubt that the shadow of Diana looms large over the whole institution because William and Harry’s are torchbearers for Diana’s legacy.”

Meanwhile, Katie Nicholl, who is the author of Kate: The Future Queen, tells OK! that Kate has been William’s pillar of strength in recent turbulent times.

She explains: “Kate is the silent power behind William, the linchpin that keeps everything together.”

“It’s been an exceptionally hard year for him and he’s had to shoulder a lot of burden. All the while Kate is quietly in the background supporting him.”