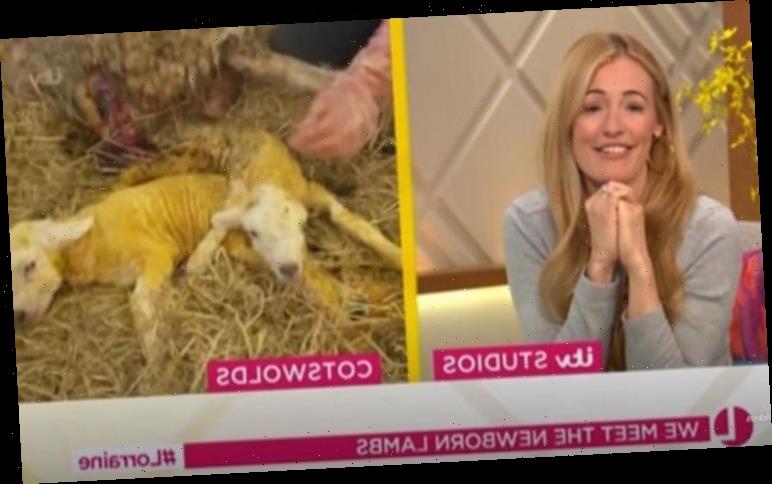 Cat Deeley is standing in for Lorraine Kelly this week and today’s show featured a chat with Springtime on the Farm star Adam Henson. Viewers were taken by surprise when they were given an intimate insight into the birth of twin lambs.

Adam said: “While you were on your previous item we have had twins born. The first one needed a little bit of assistance and the second one has literally just been born. You can see the umbilical cord, it just breaks naturally. And that lamb is just moments old.

Cat said as she watched the birth play out: “Aww Adam you are a hero, you are my hero. I might actually cry! Thank you so much they are absolutely gorgeous.” 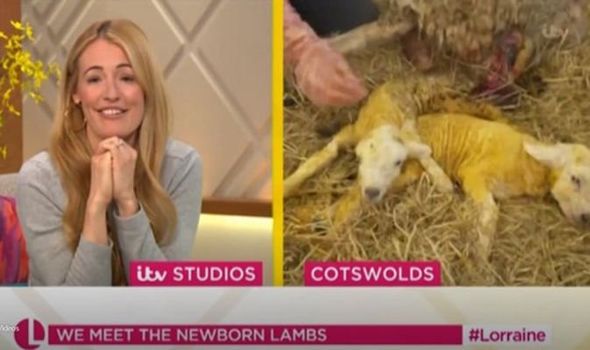 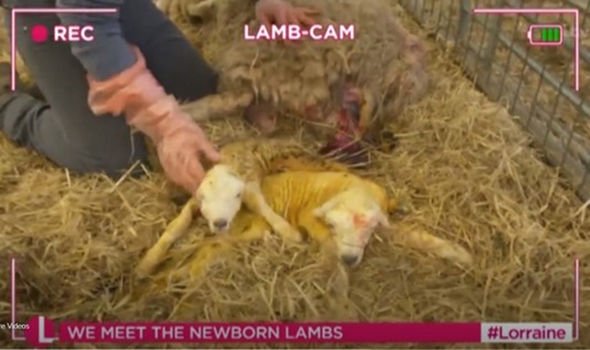 Some viewers, however, did not share the same enthusiasm. One said: “Who the hell thought it was a good idea to show a lamb being born on breakfast tv? Breakfast means breakfast… not sheep juice whilst I’m eating my Shreddies. @lorraine #GMB.”

A second agreed: “[sick emoji] too early in the morning #lorraine.”

While a third weighed in: “Urrgg İ’m eating my breakfast #Lorraine.”

Adam joined Cat from his farm in the Cotswolds where he had “550 ewes giving birth.”

In the sweet moment, Adam joked that he would be naming two lambs Cat and Lorraine.

Adam regularly shares updates of his farming life on social media. Recently, the Countryfile presenter gave his fans a much-awaited update following the birth of a calf under “difficult” circumstances at the weekend.

Adam let his social media followers know that both the calf and mother are doing well.

He wrote: “Some of you may have seen on my Instagram stories that this White Park cow had a very difficult birth over the weekend. 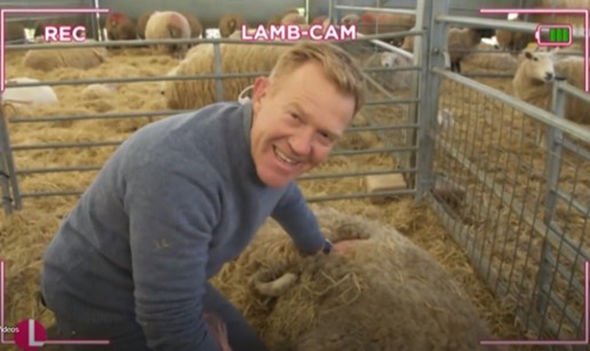 “I called Abbey Green Vets at around 2:30am, they were fantastic and managed to save the calf.”

He ended the post by saying: “Cow and calf are both doing really well and here they are today!”

Adam recently expressed the “downside” of filming Countryfile when he revealed that he was spending a lot of time away from his family.

While speaking to Express.co.uk, Adam opened up about being away from his wife Charlotte Henson and their two children.

Adam’s show Springtime on the Farm starts tonight at 8pm on Channel 5.