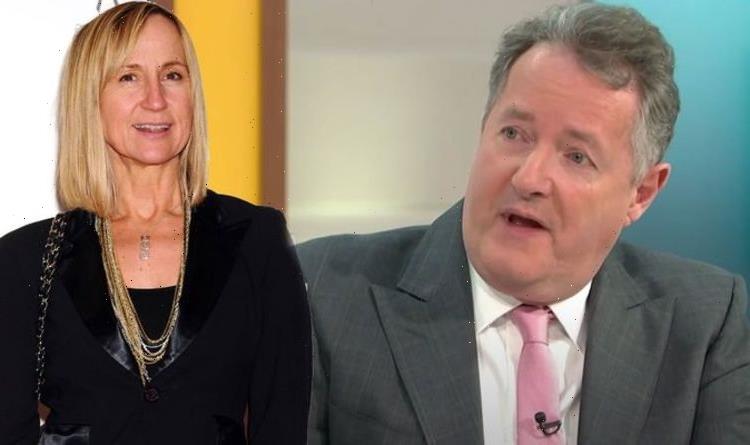 Carol McGiffin says Piers Morgan is a ‘hypocrite’ in 2020

Piers Morgan is no stranger when it comes to social media confrontation and his latest post is certainly no different. It comes after Loose Women star Carol McGiffin unleashed a blistering attack against the former Good Morning Britain anchor in her latest column.

I don’t have feuds with irrelevant has-beens

Carol, 61, has made no secret of the fact she isn’t a fan of Piers, admitting that she is already blocked on Twitter by him.

Now, the outspoken broadcaster has taken their feud one step further and admitted she “loathes” the dad-of-four.

Piers, 56, sensationally departed his role on Good Morning Britain in March and has since been using the micro-blogging site to air his thoughts.

However, his latest tweet is certain to leave Ms McGiffin rattled due to his choice of words.

Piers’ scathing attack came hours after Carol used her Best magazine piece to reveal the true extent of her thoughts on him.

She wrote: “I’m loathing Piers Morgan, it pains me even to write his name.

“This hypocritical monster continues to preach, smear, defame, demonise, insult everyone who doesn’t agree with him or do as he says, while he continues to do as he pleases.”

Carol continued: “I hope he keeps it up because judging by the feedback he’s getting in comments and on social media, the more he lectures, the more people fight against it all.”

However, Carol’s blistering attack certainly hit a nerve with Piers who took to Twitter to share his side of the story.

In view of his 7.9 million followers, he wrote: “I don’t have feuds with irrelevant has-beens.”

Many of Piers’ followers, however, disagreed with his choice of wording and took to the replies to let him know how they felt.

“Unemployed Piers Morgan calling someone a has-been,” one typed alongside several laughing emojis.

While a second added: “And now we know Piers doesn’t feud with himself.”

Before a third said: “Don’t know the woman but she seems to be a sound judge of character.”

Earlier this week, Carol also hit out at Piers during an appearance on Kevin O’Sullivan’s TalkRADIO show.

Carol fumed: “He’s got a book out about free speech, the blurb on it is basically saying people can’t debate anymore and they just shut people down.

“I’m thinking: Hang on – here’s the blocker who’s shutting people down because he doesn’t want to hear what I’ve got to say to him. The hypocrisy is absolutely breath-taking.”

The outspoken star continued: ”I’m going to show people how intolerant he’s become of any kind of dissent, especially when it comes to this virus.”

However, Piers later reacted to Carol’s comments, adding that it is “nothing to do with curbing your free speech”.