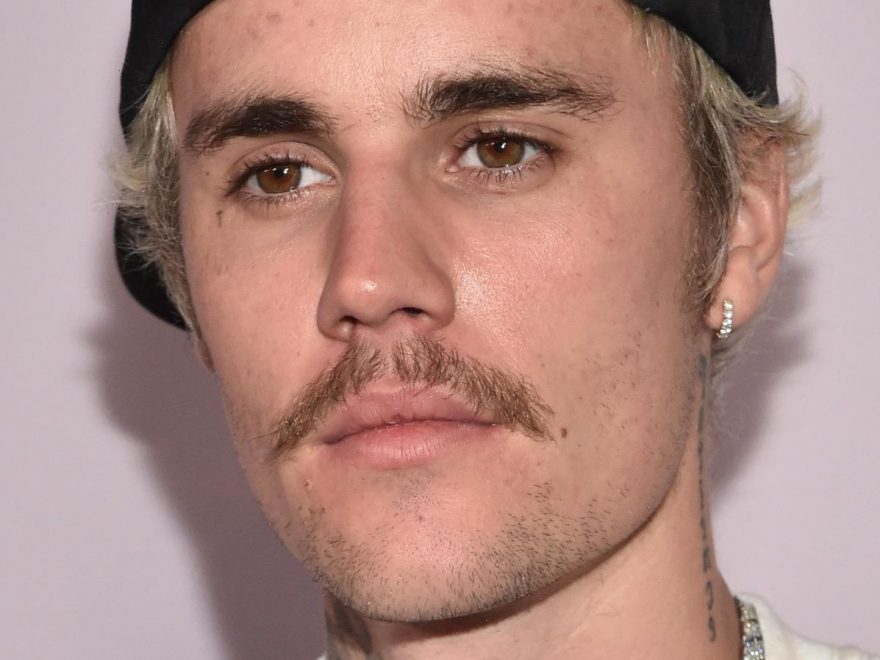 When Justin Bieber announced he was engaged to Hailey Bieber, née Baldwin, back in July 2018, just over 100 million people were heartbroken. Yes, that’s the estimated number of “Beliebers” in the world. Sure, fans saw Justin in relationships before, most notably with on/off girlfriend Selena Gomez. But perhaps they realized things were more serious when Justin revealed a “plain and simple” truth — he is “soooo in love” with Hailey. In a lengthy Instagram, Justin wrote, “You make me so much better and we compliment eachother so well!! Can’t wait for the best season of life yet!” Just a few months later, the pair eloped in a Manhattan courthouse and eventually celebrated with a bigger ceremony, per Parade.

But married life hasn’t been all “peaches” and cream. Fans might remember some Hailey haters accusing Justin of marrying the model to make Gomez jealous, per Elle. Justin responded, “Why would I dedicate my whole life to someone in marriage to get back and [sic] my ex?” Still, the pair admitted during profile pieces for GQ and Vogue that marriage is “really effing hard.” Hailey said, “I’m not going to sit here and lie and say it’s all a magical fantasy. It’s always going to be hard. It’s a choice. You don’t feel it every single day.”

While Beliebers perhaps appreciate their refreshingly honest take on marriage, they might also take pride in the fact that one of their own scored him. That’s right, Hailey was a Biebs fan back in the day. 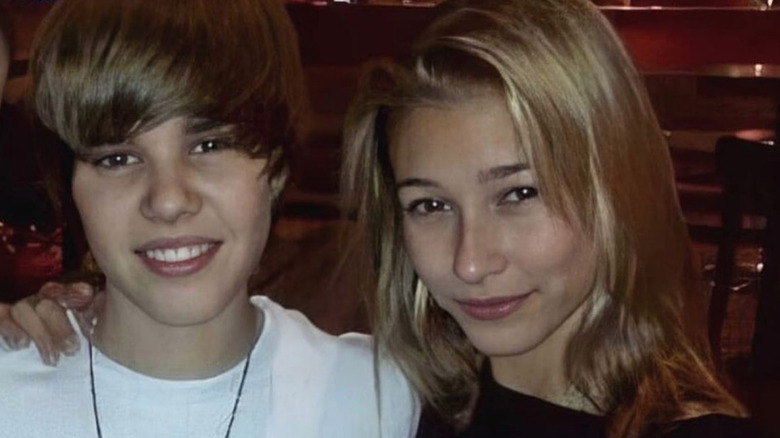 Ever dreamt of getting hitched to your favorite celeb? Perhaps the idea isn’t so far-fetched, considering Hailey Bieber did so … but having your own star-power probably helps. Hailey and Justin Bieber first met back in 2009 when the model was a 12-year-old teeny-bopper, per Insider. Hailey was introduced to the “Baby” singer by her father Stephen Baldwin backstage at the “Today” show, per Capital FM.

This glorious information was uncovered by 234Star.com, who posted a video of the now-couple’s rather awkward first encounter. In the clip, a fringe-flipping Justin (remember that iconic ‘do?) is introduced to his future wife by Stephen who says, “This is my daughter, Hailey.” The camera then pans onto an anxious-looking Hailey, who uncrosses her arms to politely shake Justin’s hand and says, “Nice to meet you.” Dad-to-the-starstruck-rescue Stephen then tells the singer, “We’ve, uh, really been enjoying your music.” While Hailey previously told Vogue she was “never a superfan” of Justin, there’s perhaps enough evidence to suggest otherwise.

Just a few years after their meet-and-greet, Hailey attended Justin’s “Never Say Never” film premiere with her dad, per Parade. Awkwardly, she also tweeted on numerous occasions about Justin and Gomez being the “definition of the teenage dream,” per Bustle. She wrote, “[Gomez] is beyond flawless and he’s ya know he’s Bieber. They are the perfect relationship… forever alone.” Ironically, all “Jelena” tweets have since been deleted. If only Hailey’s 12-year-old self knew she would be “forever” with Justin.

Justin and Hailey Bieber didn't have sex until they were married

Justin and Hailey Bieber may have been on-again/off-again, but one thing they agreed upon was not having sex until things were serious … like marriage. The pair began officially dating in March 2016, but didn’t last long. Hailey told Elle in 2020, “There was a time when our lives seemed to be going in very different directions. I actually think—now that I look back at it being married—that it was a good thing for the two of us, very healthy.” Likewise, Justin — who briefly moved on with Sofia Richie — told GQ he didn’t want to jeopardize anything with the girl he might “marry,” aka Hailey. Good call, Justin.

Then in June 2018, they ran into each other at a Miami church conference. By then, Hailey said they were “past the drama.” Just three months after rekindling, they got married. Why? Well, to put it frankly — they wanted to have sex. Justin explained to Vogue he entered a year of celibacy before Hailey, as he had “a legitimate problem with sex.” But aside from the physical intimacies he “wanted,” Justin told GQ he felt “compelled” to marry Hailey and “have babies.” “I just forgot how much I loved her and how much I missed her and how much of a positive impact she made on my life. I was like, ‘Holy cow, this is what I’ve been looking for.'”

While we wait for a Bieber baby announcement, we can relish in their couple goals outfits on Instagram.