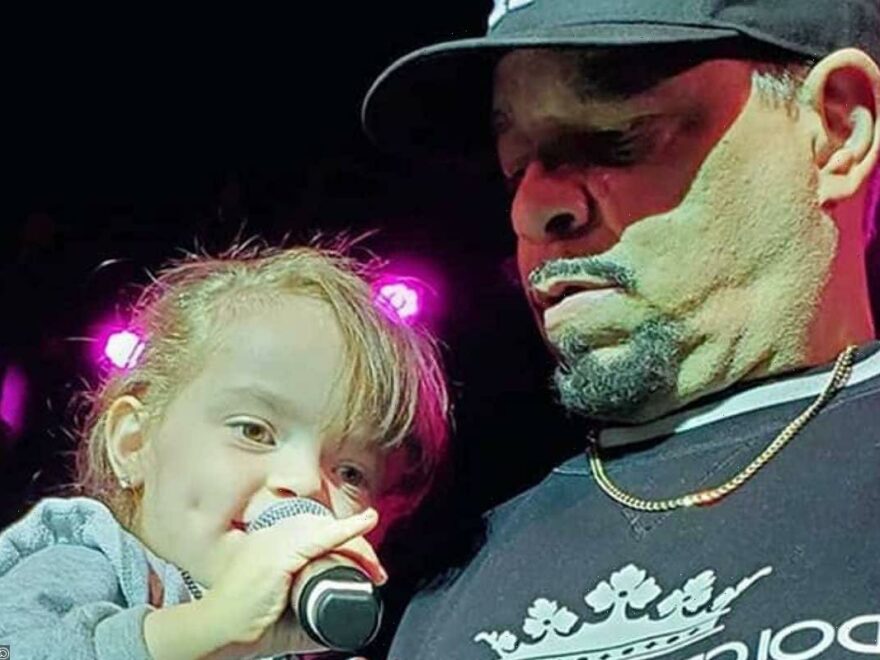 The rapper/actor takes to his own Instagram account to seemingly respond to haters following backlash on the playful video, which sees his and Coco Austin’s 7-year-old daughter twerking.

AceShowbiz –Ice-T is defending his and Coco Austin‘s daughter Chanel for twerking in a recent Christmas video. The rapper took to his own Instagram account to seemingly respond to the haters following the backlash on the playful video, which was shared earlier this week.

The rapper shared a picture that read, “Everyone is going to hate you anyway …so you might as well give them a reason.” In the caption, meanwhile, the “Law & Order: Special Victims Unit” actor encouraged his followers to take the advice.

“Christmas is over.. My advice is you go into 2023 with THIS attitude if you want to WIN,” so he wrote.

Prior to this, Coco also defended her daughter. She replied to a user who said it was “inappropriate” for 7-year-old Chanel to twerk. Hitting back at the critics, she reminded the person that her daughter was simply “making fun of a character from Bob’s Burgers.”

The backlash arrived after Coco shared on Instagram a clip of Chanel twerking to Young MC‘s “Bust a Move”. The model explained that she and her family were “in the middle of” filming a TikTok video in her front yard when the 7-year-old ran out “to bust a move and make [them] laugh.” The “Ice Loves Coco” alum later subtly hit back at critics by noting in an edited caption that her daughter “loves to joke.”

Being parent-shamed is not new to the couple. Last month, Coco emotionally opened up about the criticism while appearing on “Tamron Hall Show“. “I’m underneath a microscope all the time and you don’t hear what good you do,” she told host Tamron Hall. “You don’t hear the goodness, you just hear a lot of bad. And I know I’m a good mother.”

“I’ve dedicated the last six years, putting everything aside, my career, everything, just for her,” Coco continued. “And you just want a little love, you want a little respect from people.”