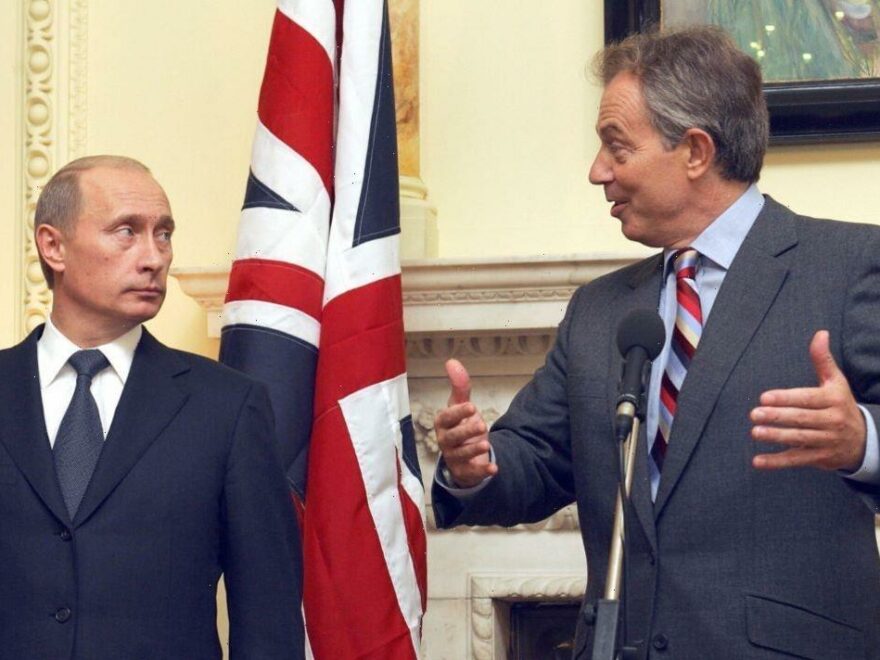 The New Labour premier led a western attempt to court the ex-KGB agent as an ally at the top table of world diplomacy.

Declassified papers from two decades ago show how he pushed for a Nato-Russia Council with Putin at the centre.

Mr Blair also visited the new Kremlin chief at a time when Putin was suspected of human rights abuses in Chechnya.

Documents released by the National Archives in Kew include a 2001 letter to him from media officer Magi Cleaver.

She raised the PM’s forthcoming trip to Russia, Pakistan and India, and reminded Mr Blair that Putin had invited him to “come to celebrate his birthday”.

Ms Cleaver added: “So we are bringing a set of the new silver No10 cufflinks as your gift – he will be the first leader to have them.”

Other papers reveal how the Moscow leader was grateful for Mr Blair’s support at the Nato-Russia Council’s first meeting in Rome, in May 2002.

A letter from No10’s private secretary says: “Putin was fulsome in his praise for the prime minister’s initiative to create the Nato-Russia Council.”

But another document, entitled Putin’s Progress, details how the man who became a byword for warmongering, intrigue and political assassinations, said one thing and did another.

It revealed: “The Russian intelligence presence in the UK is at Cold War levels and they continue to try to post active and hostile officers to work against British interests worldwide.”