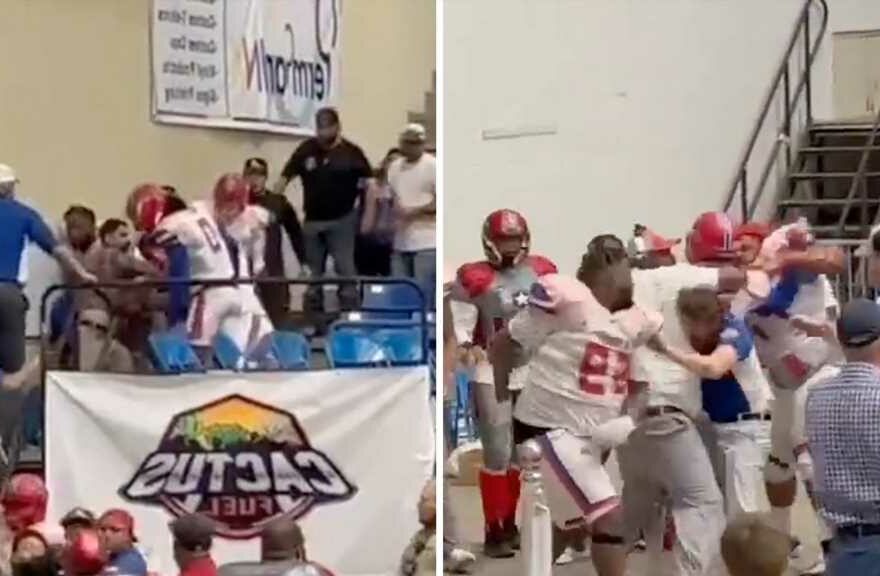 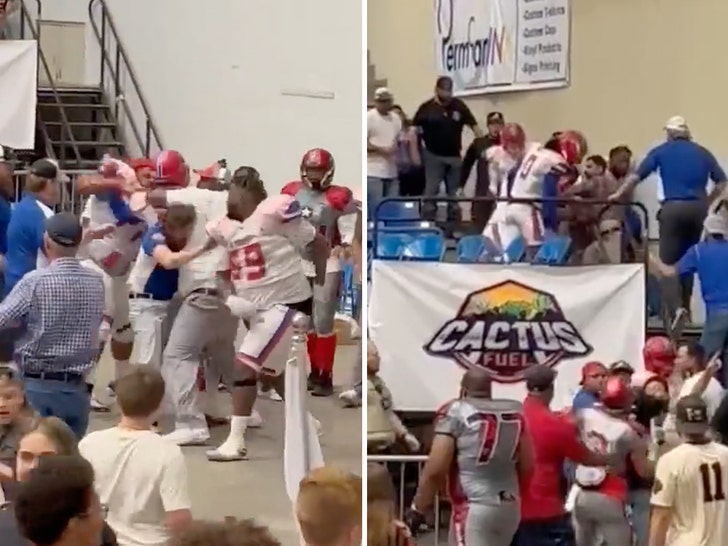 An indoor football game turned into a wild street fight this weekend … when players, coaches and fans all brawled in the stands following the conclusion of the action on the field.

It all went down on Saturday night — after the West Texas Warbirds whooped the Dallas Prime at the Ector County Coliseum in Odessa.

Video shot by spectators at the arena shows as soon as the final whistle blew — players went after each other off the field.

Soon after, others got involved … and you can see in the footage, one coach appeared to rip off a player’s helmet and then start throwing haymakers.

All hell then broke loose … with players from both teams jumping in the action.

Eventually, a Dallas Prime player made his way into the stands and got into it with a fan — appearing to strike the guy in the head with a left hook.

Somehow, authorities were able to take control of the situation after about 10 minutes of fighting.

Griffis added no arrests were made — though he said that could change following an investigation.