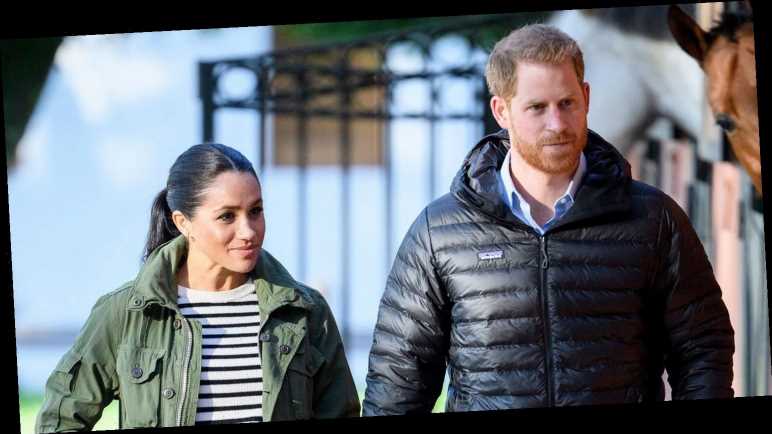 Ready to inspire change. Prince Harry and Meghan Markle welcomed a “growing and diverse” group of experts to their Archewell Foundation team after making their royal exit permanent in February.

Prince Harry and Meghan Markle’s Charity Work Through the Years

“Over the past year, the Duke and Duchess of Sussex have diligently built Archewell, an organization focused on driving systemic cultural change through the power of compassion. As the company marks its first anniversary, Archewell is pleased to announce the growth of its team,” Us Weekly confirms.

Among the impressive list of “world-class talent” joining forces with Harry, 36, and the Suits alum, 39, is Oscar-nominated producer Ben Browning, who will oversee Archewell Audio and other creative partnerships with Netflix and Spotify as head of content. James Holt — a longtime employee of the couple’s former Royal Foundation — is stepping into a new role as executive director of their latest philanthropic effort. Holt also helped the prince launch his eco-friendly tourism organization, Travalyst, and is a board member on two U.K. charities: Justice Defenders and Inspiring Girls.

“In his new role, Holt will lead Archewell Foundation’s mission to uplift and unite communities through acts of compassion,” Us confirms.

Genevieve Roth and her social impact agency, Invisible Hand, will contribute to Archewell’s “commitment to storytelling from powerful and diverse voices and perspectives,” especially when it comes to building a community surrounding social issues such as gender and racial equality.

Archewell was founded by Harry and the California native last year after they stepped away from their senior roles within the British royal family in January 2020. The nonprofit has continued to grow since the pair settled down on the west coast with their 22-month-old son, Archie. Two more additions — senior advisor Catherine St-Laurent and global press secretary Toya Holness — round out the impressive staff.

“Archewell is incredibly pleased to welcome Ben, Genevieve and the Invisible Hand team to the organization,” Holness said of the new team on Monday. “Along with the appointment of James Holt as Executive Director of Archewell Foundation, they join a rapidly expanding team that’s deeply dedicated to advancing systemic cultural change and supporting compassionate communities across the world.”

Browning, for his part, raved over the “next-generation production company” and the inspiring projects they have in store. “From the moment they shared their vision for Archewell as a global production company that will spotlight diverse voices and share uplifting stories, I knew I wanted to help with this unique opportunity,” the Promising Young Woman producer said in a statement. “It’s a thrilling company to be starting.”

The organization’s expansion comes amid the fallout from Harry and Meghan’s bombshell CBS sit-down, which aired earlier this month. In their first televised interview since Buckingham Palace confirmed they would not return as working members of the royal family, the couple detailed their decision to step away from their senior duties, claiming that racism played “a large part” in making the difficult choice. The pair also alleged that there were “concerns” brought up by an unnamed relative about the color of Archie’s skin before his May 2019 arrival.

After the interview aired, the palace spoke out about the accusations, noting that “while some recollections may vary, they are taken very seriously and will be addressed by the family privately.” Us confirmed on Monday that Queen Elizabeth II is preparing to hire a diversity officer in the wake of the backlash.

“The palace has been working on diversity as an issue within the crown,” a source explained. “The policies and procedures for diversity have been put in place, and the crown is looking for someone to spearhead initiatives. They are waiting to find the perfect person for the position; nothing is being done without conversation and careful consideration.”