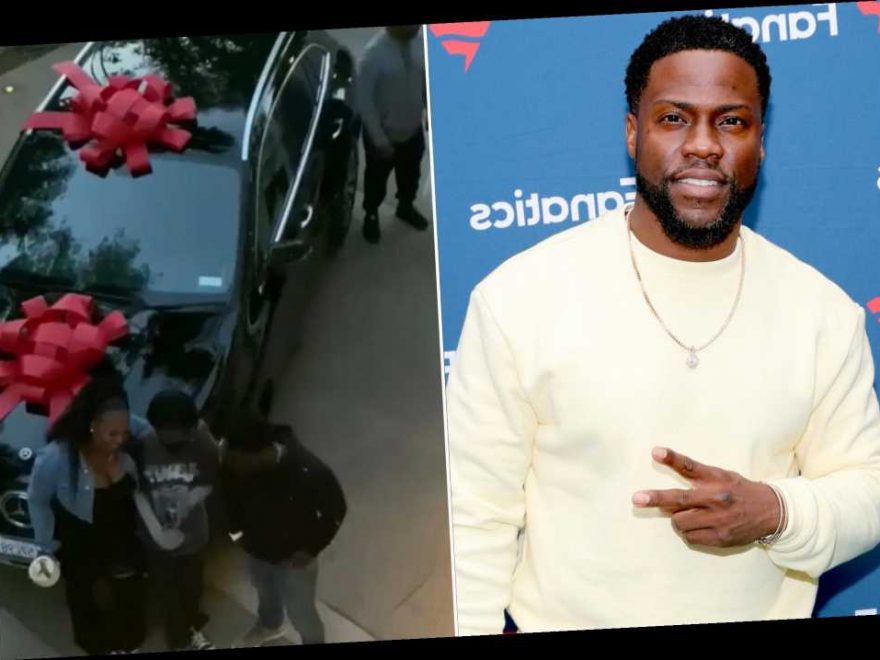 Kevin Hart made sure his daughter had a pretty high octane Sweet 16 party.

In one of the clips from over the weekend, the luxury ride can be seen in parked in a driveway topped off with two giant red bows like a car commercial.

Heaven’s bash — which was set to the Japanese superhero manga series, “My Hero Academia” — also included a lavish dinner set-up, as well as an outdoor theater that had cozy chairs and blankets for guests.

In a separate clip posted Sunday on TMZ, the cameras rolled as Heaven entered her surprise party, with Hart and Torrei also being part of the car reveal.

In 2016, Hart wed Eniko Parrish. The couple has two children together, 2-year-old son Kenzo and daughter Kaori Mai, who was born in September.

Hart regularly shares photos of his children on Instagram, including a sweet family photo from February, which he captioned: “#Harts.”

In addition to the Harts, bDASHd has also worked with several celebrity clients, including “Real Housewives of Beverly Hills” stars Kyle Richards and Dorit Kemsley.