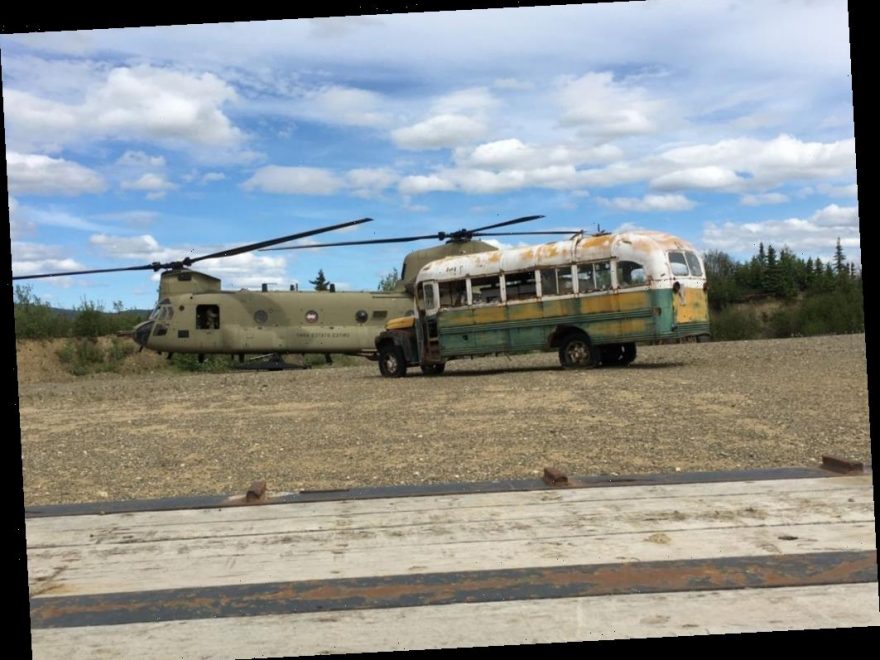 Six weeks after the bus popularized by Into the Wild was airlifted out of the Alaskan wilderness, the state’s Department of Natural Resources (DNR) announced plans to relocate the vehicle to a Fairbanks, Alaska museum.

In June, the abandoned bus —  a popular but dangerous pilgrimage for adventure seekers due to author Jon Krakauer’s book and the Sean Penn-directed movie — was removed by helicopter and moved to a secure site, with the hope that officials would find a permanent (and safe) destination for the “Magic Bus.”

At least two hikers died and over a dozen more rescued while in pursuit of the 1940s-era bus where Christopher McCandless, the subject of Into the Wild, died of starvation in 1992; McCandless — who took shelter in the bus 250 miles north of Anchorage — kept a journal of his plight after the nearby Teklanika River swelled, making it unable to hike out of the area

After reviewing over a dozen proposals, the DNR entered into negotiations with the University of Alaska’s Museum of the North to host the bus, with an agreement expected soon, the Associated Press reported.

“Of the many expressions of interest in the bus, the proposal from the UA Museum of the North best met the conditions we at DNR had established to ensure this historical and cultural object will be preserved in a safe location where the public could experience it fully, yet safely and respectfully, and without the specter of profiteering,” Natural Resources Commissioner Corri Feige said in a statement.

“I believe that giving Bus 142 a long-term home in Fairbanks at the UA Museum of the North can help preserve and tell the stories of all these people. It can honor all of the lives and dreams, as well as the deaths and sorrows associated with the bus, and do so with respect and dignity.”

While dozens of institutions and museums nationwide offered to exhibit the bus, the DNR opted ultimately weighed three proposals from Fairbanks-area proposals, with the UA Museum of the North chosen due to its ability to both restore and display the vehicle.