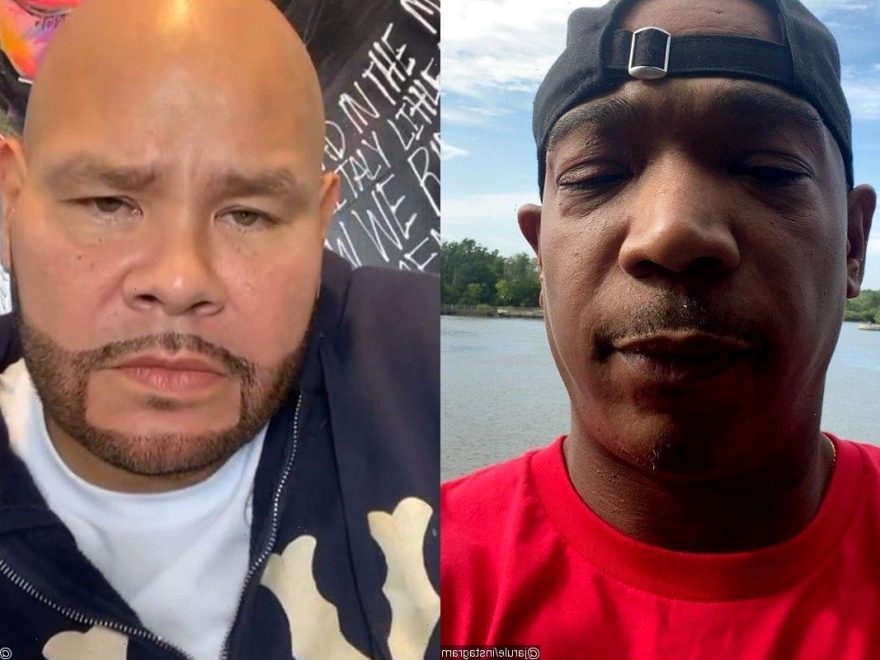 A day before their battle at the Hulu Theater inside Madison Square Garden, ‘The Last Temptation’ artist insists that he is ‘ready’ to take down the ‘All the Way Up’ hitmaker.

AceShowbiz –Ja Rule has spoken out more after Fat Joe said that he is going to “drag” him during their “Verzuz” battle. In a new interview, the “Always On Time” rapper called the threat “music” to his ears.

During an interview with TMZ published on Monday, September 13, the “Mesmerize” hitmaker told the outlet that he’s practically drooling at the idea of Joe talking smack ahead of their highly-anticipated “Verzuz” battle on Tuesday, September 14 at the Hulu Theater inside Madison Square Garden. The 45-year-old rapper went on saying that he’s “not running scared” and “ready for the bell to ring” like a fighter.

The beef between the two New York rappers came a week after the announcement of their “Verzuz” show. At first, Joe, born Joseph Antonio Cartagena, took to his Instagram account to share a video, calling out Rule. “Everybody know you King Kong. Everybody know you got all the hits, but I’ma have to drag you,” he warned.

“I’m about bring you into the projects, Trinity Ave. Ya’ll must have forgot cuz I ain’t forget. Streets know, streets know,” Joe added his shot. “You my brother. I love you, but I’ma have to get you up out that cardigan sweater. You know it’s on when you diss a man’s sweater. Real street s**t.”

In response, Rule shared a video on his own page, in which he insisted that he would also do some dragging during their battle. “Crack, my brother, so you gonna drag me through these streets, huh?” the “Thug Lovin'” spitter asked.

“I like that, it’s cool. I’m comfortable there. But I’ma drag you on that stage. See, you have to perform them records. Word for word. Bar for bar,” Rule, whose real name is Jeffrey Bruce Atkins, continued. He went on to vow, “I’m gonna make you sweat out that motherf**kin’ Versace, n***a. That Hermes, oh yeah, you gon’ sweat that out.”