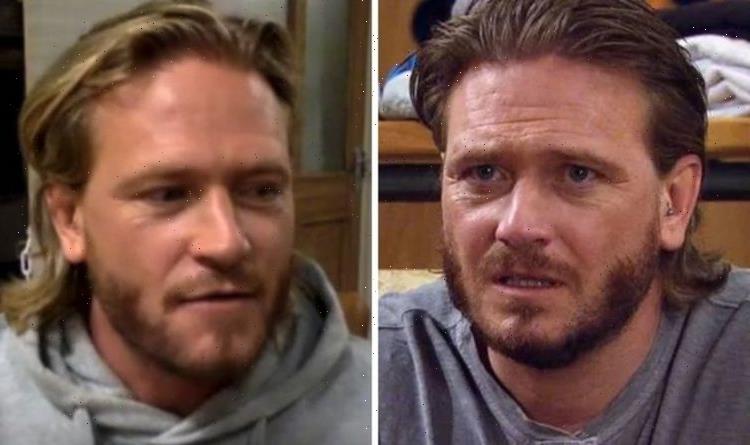 Appearing on ITV’s Loose Women on Monday, the 41-year-old was discussing upcoming storylines in Emmerdale when he admitted he hasn’t seen the recent dramatic scenes in which David was shot, because he doesn’t watch himself. When panellist Coleen Nolan questioned him as to why, he revealed that when he used to watch himself on-screen it made him feel down about going to work.

After watching a clip from recent episodes of David being shot and later lying in a hospital bed, Coleen said: “Please tell me you wake up.”

“Well I’m here to tell the tale, so!” Matthew replied, adding: “That’s the first time I’ve seen it because I don’t watch myself, but it looks quite exciting doesn’t it?

“Lying in that hospital bed I thought would be great, but it’s the hardest thing I’ve done, because you have the pipe in your mouth and you can’t swallow or move.”

“Why don’t you watch yourself?” Coleen probed, to which Matthew explained: “Because about 10 years ago I used to watch myself and I used to just hate everything that I did.

“I used to come into work feeling really down about what I did and I thought well, I might as well just do my job.

“As long as they keep employing me, which they have for the last 16 years, then I’m obviously doing something right.”

He continued: “I’ll probably watch some of the bigger stuff this week though, actually.”

“Well, we definitely will be because I get great enjoyment out of watching you, Matthew,” Coleen admitted.

“So there’s no point in you watching it. We need to know what’s going to happen but you already know, so.”

The actor replied: “Yeah exactly, I do know what’s going to happen.

“Only for the next six weeks though. Up until then, I get scripts every two weeks.”

“Well exactly, and anything can happen, can’t it?” Carol answered.

“It’s a blooming dangerous place these days isn’t it, Emmerdale.

“It used to be so quaint and sedate and very calm but now there’s like danger around every corner!”

“Yeah, you can’t have a calm village with a serial killer running about,” David commented.

“We are all very polite to the boss at the moment, because you never know who’s going to be the next one to get killed off!”