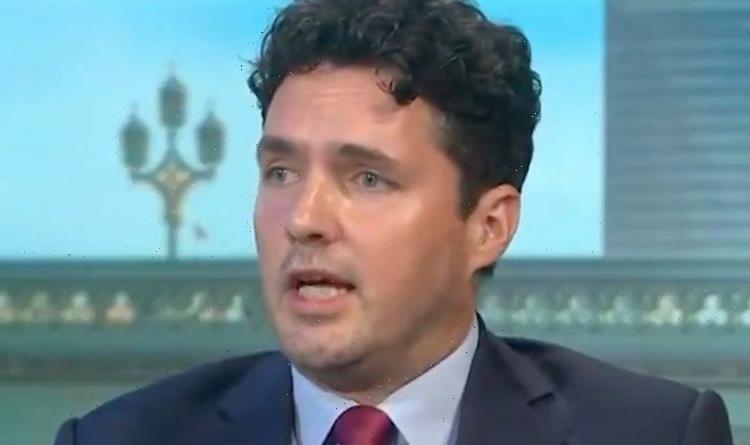 MP Huw Merriman has urged No.10 to “scrap the PCR testing altogether,” saying “it feels like some sort of state-sponsored racketeering”. The furious BBC Politics Live outburst came as ministers prepare to lift the requirement for double-jabbed travellers to take PCR tests when they return to the UK. The current travel-list system in place across the UK has sparked criticism from the travel industry as well as Britons hoping to spend time abroad.

“Let me give you an example of that.

“At the moment, if you’re an HGV driver coming from Amber, France, you have a lateral flow test.

“If I’m coming from Green list, Germany, I have to pay 100 pounds for a PCR test from a company that the competition, the Markets Authority is described as having dodgy pricing practices.”

He continued: “And the reality is, it feels like some form of state-sponsored racketeering

“And I would like to see us drop that immediately.

“If it was because we want to sequence variants of concerns, then fair enough.

“But I’ve done research on NHS tests and trace data, it showed during a three-week period in July, only 5 percent of positive COVID cases were being sequenced.

“So on that basis, it doesn’t seem to be any point.”

According to reports, the PCR tests will be scrapped for holidaymakers returning from green and amber list countries.

Instead of pricy PCR tests, on the second day after arrival, double vaccinated travellers will be asked to take a lateral flow test, which are currently offered for free by the NHS.

The Government last week declined to comment on any big changes, saying: “Our international travel policy is guided by one overwhelming priority – protecting public health.

“The next formal checkpoint review will take place by 1 October 2021.”