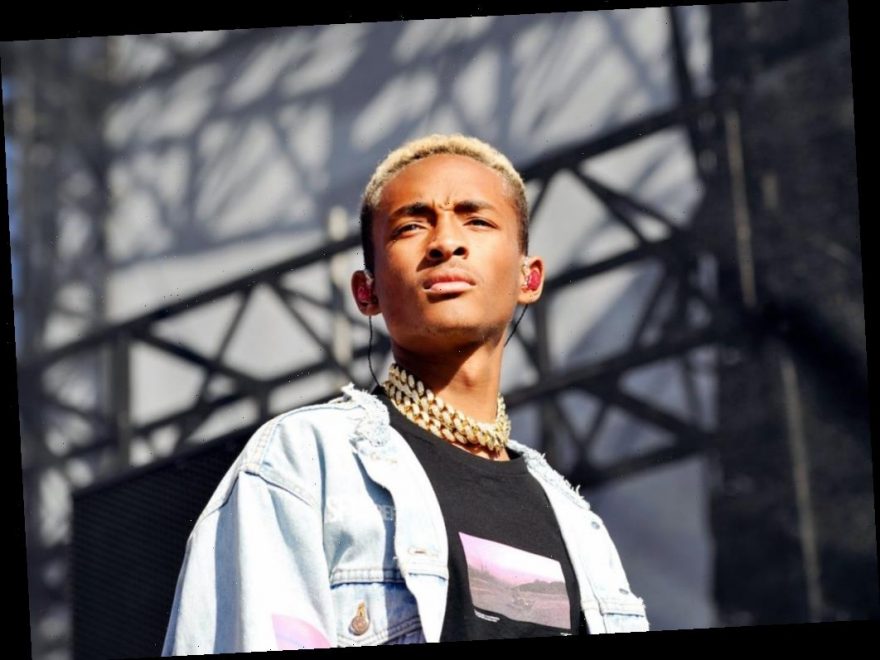 Though he’s only 22-years-old, Jaden Smith has already lived a very interesting life. He began his career as an actor when he was just a little boy alongside his father in the tear-jerker drama, The Pursuit of Happyness. He went on to star in the Karate Kid and After Earth and even Netflix’s The Get Down.

While Smith enjoyed being on the big screen, his talents have expanded well beyond just acting and into music and charity work as well. Not only has he launched a successful career as a rapper. He’s also started the company Just Water, and a vegan food truck where he feeds homeless people in LA.

Smith is also known for his bold statements and designs. In fact, he says one celebrity friend inspires him more than anyone else.

As the first-born of Jada Pinkett Smith and Will Smith, two of the most recognizable people on the planet, the “Icon” rapper was never going to have a normal life. He opened up to his mother and grandmother, Adrienne Banfield Norris on their hit TV show, Red Table Talk about feeling unsure about how to navigate the world.

“You’re not a normal human if you can’t go out into the world,” Jaden explained. “I don’t know how things always work. I always get nervous at the end of dinner. How do you have dinner with a group of people? When I have dinner with my dad, he orders everything on the menu, and then he pays for everything, and then he leaves. So it’s like — Is that how we do? Does everyone expect me to do that?”

Smith ended up moving out of his parents’ house so that he could figure out who he was as a person outside of their shadows.

Jaden Smith felt like he had to prove himself as artist

In addition to figuring out who he was, the rapper also felt that he had to prove himself as an artist. When he was recording his 2019 album, ERYS, Smith says he used his look as a way to express himself too.

“I would always cut my hair inside the booth and that’s why I had all those crazy hairstyles for a while,” he told Complex. “It became a part of the ERYS character where I had the clippers and I shaved my head however, in whichever way I want it to be shaved.”  He added,

Because you get in the studio so much and you’re like, ‘Yo, I need a different outlet. I need to express myself, not musically, to these people to show them how blessed I am and how much I think different [sic] from the average person. I wanted people to know I was an artist without having to have a conversation with me,

Smith has also used fashion to evoke the messages that he wants to put out. “I think clothes can really excite people,” he told Paper Magazine. “And it can frustrate some people too. I like that. For me, you know, I just I’m just trying to catch the vibes. That’s it. It doesn’t really make me excited until I see how crazy people are going.”

However, he’s also inspired by one of his best friends. “Yara [Shahidi],” he revealed of the Grown-ish actor. “She’s just so smart and inspires me in so many ways.”