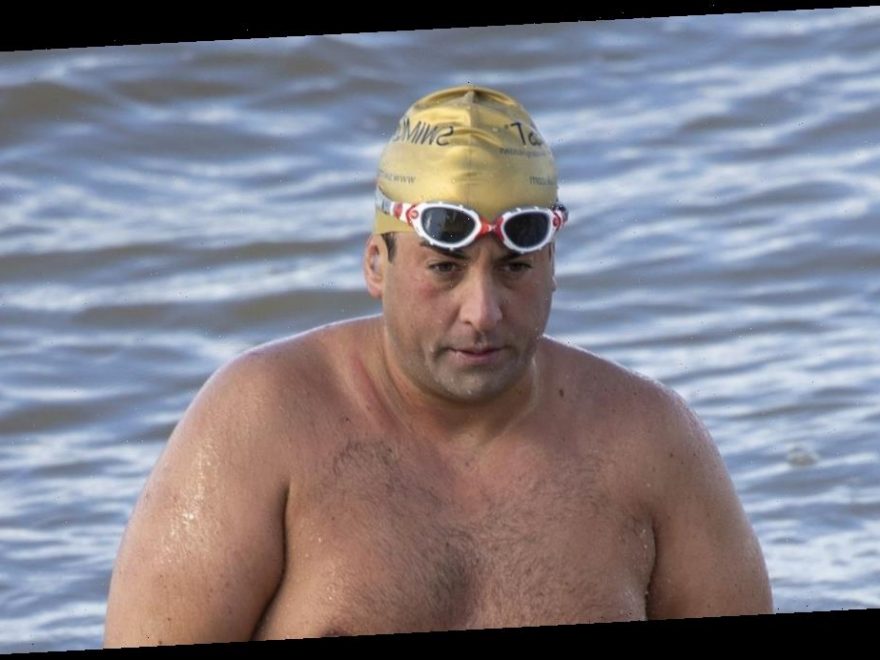 James Argent is all set to swim from Europe to Africa and in preparation for the swim of a lifetime, the former TOWIE star has been spotted training in the freezing sea off the Kent coast.

The 32-year-old, who recently broke down in tears while discussing his drug addiction, was pictured swimming in the sea in Deal, Kent.

Reality star Arg spent three hours in the cold water in order to be at his fittest when he does a ten mile swim from Spain to Morocco.

Not letting anything get in his way, Arg looked determined as he wore some tight trunks, goggles and a gold hair cap.

Just before getting into the water, Gemma Collins' ex made sure he did his stretches to prepare for hours in the sea.

"It's a mad thing to undergo, but Arg is at his best with a goal in mind," a source told The Sun.

"He's told mates he's determined to stay fit and well after a good year of doing so, so he is undertaking this as a challenge to himself."

Arg's previous swimming experience on Channel 4's Sink or Swim will come in handy as he prepared to swim the English channel.

Despite the swim having to be cancelled because of bad weather, the Essex native packed in plenty of swimming practise.

However, this time Arg will be joined in the murky waters by plenty of dangerous creatures such as sharks and jellyfish as he embarks on the challenge.

"It's a lot shorter crossing than the English channel swim, and in warmer waters, but it'll be more difficult than a few lengths in an Essex leisure centre," the insider continued.

"He'll have to train hard to finish it without being eaten by a shark or splatted by a ship."

Just a week ago, Arg and his mum Patricia appeared on Loose Women to discuss his drug addiction and the impact it had on his loved ones.

Celebrating nine months of being sober, the Celebrity Coach Trip star got emotional as he discussed his battles with drugs and alcohol.

"That was probably one of the first times I got a bit choked up because it's one thing putting myself through it and affecting my own life.

"It's another thing, it's the effect that you have on your family, your friends and when I'm in an active addiction it's all a bit of a blur to me," he explained.