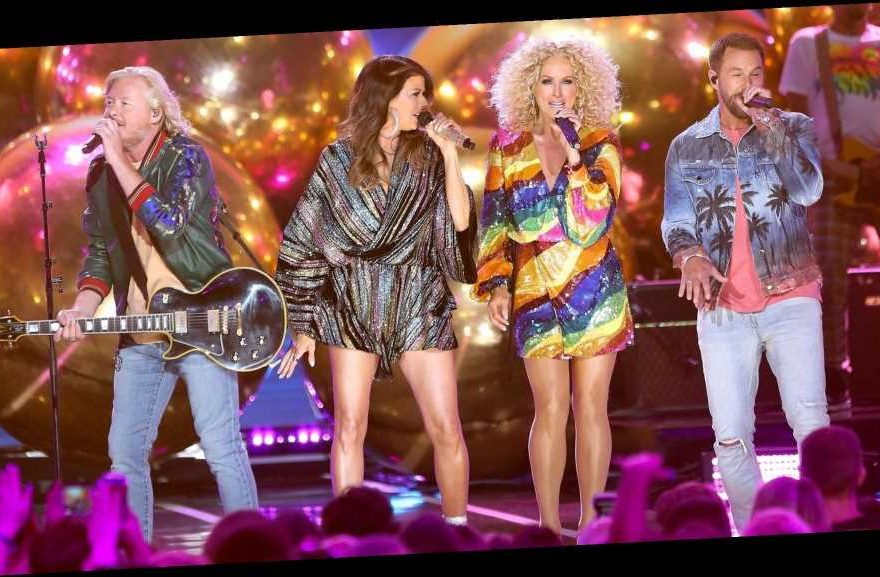 Going country! The 2020 CMT Music Awards will look a little different this year amid the coronavirus pandemic.

The awards show, which was originally set to take place on June 3, was pushed four months after a devastating tornado ripped through central Tennessee, killing more than 20 people.

“Our top priority this last month has been rebuilding our hometown of Nashville following the tornado and ensuring the safety of our fans, employees, artists and partners during the COVID-19 crisis,” CMT said in a press release in April. “As we look forward to celebrating country music’s biggest stars together with our community and viewers, we will continue to follow the guidance of the CDC and local public health officials.”

CMT announced the nominees in September for the October event, with Kelsea Ballerini, Thomas Rhett and Sam Hunt earning three nods each.

The 2020 show also features 10 first-time nominees as well, including The Highwomen and Tanya Tucker, while The Chicks could make an awards show comeback. The Chicks earned two nominations — their first since 2007 — for Video of the Year and Group Video of the Year, for their single “Gaslighter.”

Real-life couple Blake Shelton and Gwen Stefani could take home a joint award for Collaborative Video of the Year, which is a category full of crossover artists.

“Congrats @gwenstefani on your first @CMT Awards nomination!!!!! Y’all go get those votes in!!!!” the “Austin” crooner tweeted last month.

The pair will be competing against Justin Bieber who teamed up with Dan + Shay, and Marshmello who worked with Kane Brown.

The show’s COVID-19 protocols mean there is also a change in venue, with the show’s musical numbers being done throughout Music City, instead of inside an arena in Nashville, as usual. Fans can see Maren Morris, Luke Bryan, Morgan Wallen, Gabby Barrett, Little Big Town and Hunt, 35, take the stage from different locations.

Shania Twain will perform at the awards show for the first time since 2011, while other country stars will team up for special collaboration performances.

Ballerini, 27, will join forces with Halsey for a duet during the night and Luke Combs will perform alongside the legendary duo of Brooks & Dunn.

CMT announced on October 8 that the event would also include multiple hosts, including Brown, 26, and Modern Family’s Sarah Hyland. A week later, the network named Ashley McBryde as their final host for the music-filled night, marking her first hosting gig ever.

The awards show will also feature appearances from some of the entertainment industry’s biggest stars, including Taylor Swift, Demi Lovato, Jessica Chastain and Katy Perry.

“Between our hosts and our all-star lineup of presenters, this year’s show promises to deliver one-of-a-kind performances and appearances from the year’s biggest stars at a time when we all could use an extraordinary night of fantastic music,” Senior Vice President of Music & Strategy at CMT, Leslie Fram said in a press release.

Find out more about what we know about the entirely fan-voted 2020 CMT Music Awards below.