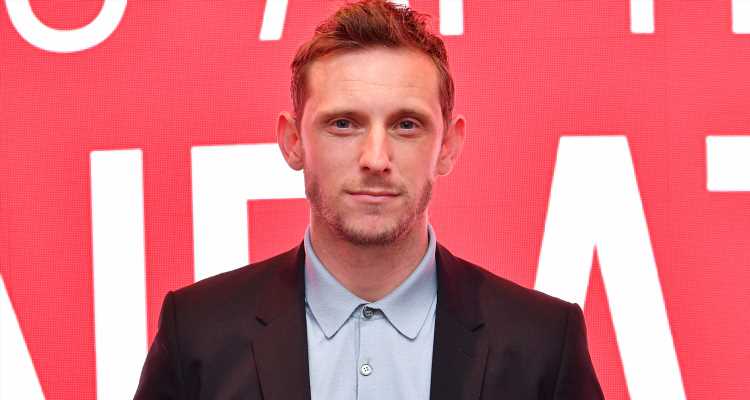 Jamie Bell is dapper in a suit as he steps out for his SAG-AFTRA Foundation Conversations: Skin screening and panel held at The Robin Williams Center on Tuesday (July 23) in New York City.

In Skin, the 33-year-old actor plays a destitute young man named Bryon Widner, raised by racist skinheads and notorious among white supremacists, who turns his back on hatred and violence to transform his life, with the help of a black activist and the woman he loves.

“When you’re wearing that every day, you know, and you’re playing scenes like that, it affects you,” Jamie recently said about playing a tattooed white supremacist. “So it was a big moral choice for me, you know? Are we going to give this guy his screen time, you know? Are we going to tell his story and give it the kind of big screen treatment? So I really was kind of flip floppy on that a lot. I was quite on a see-saw morally about it.”

The real guy is now in the witness protection program; but Jamie Bell did get the chance to meet him: “You know, I was very honest with him,” he said. “I said, ‘I don’t like what you’ve done. I don’t like the life that you have led and the choices you’ve made and only you will have to reckon with that for the rest of your life.’ And I think, as an actor, you always try not to judge the subject that you’re portraying. But in this instance, it was very difficult.”

Guy and Jaime won the Oscar for Best Live Action Short Film earlier this year for their short film with the same title.

The full-length feature is now available exclusively on DIRECTV and it will be playing in select theaters on July 26 – Watch the trailer below!