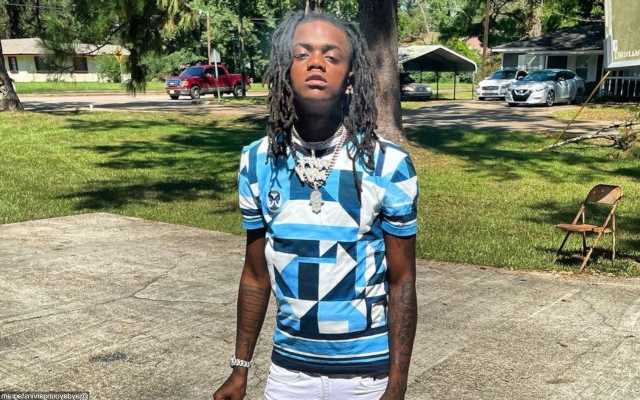 The 23-year-old musical artist, whose real name is Javorius Tykies Scott, was previously booked into Tangipahoa Parish jail for accessory to murder before he got released on bond.

AceShowbiz –JayDaYoungan will not let someone suffer from his action. After getting a jail employee fired by sharing a picture of himself inside the cell, the “23 Island” emcee vowed that he will pay bills for the individual while he/she is looking for another job.

The 23-year-old musical artist, who had spent four days at Tangipahoa Parish jail, posted the snap in question on Instagram on Monday, September 20 following his release. “ALL IS WELL NOW,” he captioned the image. “TOP PROSPECT FREE ALL THE GUYS YEEEEE.”

The post has since been deleted. Warden Heath Martin then informed The Advocate, “Upon being notified of the posting of the photo, we immediately investigated.” Heath went on to explain, “Investigations proved an employee took the picture just before his release. This employee was terminated for violating policy the same day.”

After news about the employee’s termination made media headlines, JayDaYoungan took to Instagram to offer help to the person. “I’ll pay the bills to they find a better/another job,” he declared.

The “Elimination” spitter was taken into police custody on Thursday, September 16. He was hit with charges of Accessory to Second-Degree Murder and Obstruction of Justice but released on Monday after posting a $175,000 bond.

JayDaYoungan, real name Javorius Tykies Scott, was busted in connection to a deadly altercation back in 2020. WAFB6 reported that he was involved in a violent drive-by shooting on August 8 that year around 7:30 P.M. between local rival gangs. Fox 8, on the other hand, has identified the gangs as La Familia and Purple City Boys.

The incident left an innocent woman named Zion Hutcherson dead. However, officials pointed out that they believed the 21-year-old mother of one was not the target of the shooting. She allegedly fell victim after getting hit by a stray bullet.