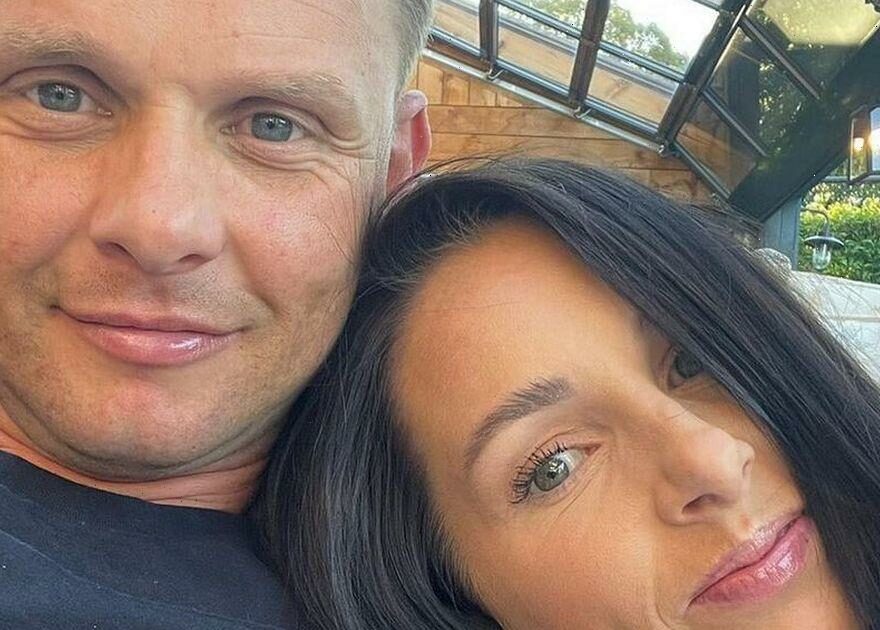 Jeff Brazier has released an emotional statement revealing he split from his wife Kate Dwyer earlier this year.

The couple were together for nine years and married in 2018 in a romantic clifftop ceremony in Portugal.

The 43 year old shared the lengthy statement on Instagram to his 196,000 followers and also opened up about how he has been struggling with his two sons, EastEnders star Bobby, 19, and Freddie, 18, becoming more independent.

Jeff shares his sons with his former partner Jade Goody, who tragically passed away in 2009 following her battle with cervical cancer, and Jeff also touched on her death in the post.

He penned: "A moment to practice what I preach and start the new week with honesty. One for the smilers and eternally positive individuals who don’t often afford themselves the right to share their own vulnerabilities.

"I have so much to be grateful for and I appreciate facing the lessons I need to grow but this year has been challenging to say the least.

"My 9 year relationship ended earlier in the year and I’ve been working through that on top of supporting someone close to me who is going through something difficult."

Jeff met travel PR Kate in 2013 whilst they were both working on a This Morning holiday competition to Mauritius. Last year Jeff told OK! that lockdown had been "make or break" for their relationship and in 2019 he said the pair had had "difficulties".

His statement continued: "The boys and I have recently moved home to a new area & I spend most of the time alone as the boys obviously have their own things going on.

"It’s been constant change this year and I’m good with adapting but the combination of things have left me low at times and I’ve honestly never felt loneliness like it. Can we put Christmas back a few months?!

"I have lots of great friends and I know they’re a phone call away but sometimes I find it hard to admit I’m struggling with all of the change preferring just to keep working through it myself. I’m a bit too good at that.

"There was always going to come a day when the boys didn’t want or need me so much and I thought I’d be more than ok with having all this time on my hands!"

The TV presenter went on to say he hopes to strike more of a balance between giving and receiving support next year.

He continued: “I know the time is a gift and I have to plug myself back in to the friendships that have supported me, surviving 14 years of my focus understandably lying elsewhere.

“My own development and the kindness and support I’m able to give myself remains my strong point, I just need to work on connectedness and resist the life long temptation to deal with everything on my own.”

“I know there are many of us out there that find it easier to support than be supported but here’s to a better balance of the two in 2023., we need it and deserve it.

"Well that wasn’t so hard after all. I hope if you need to level with a few people about how things are for you, it encourages you to do the same," he concluded the post.