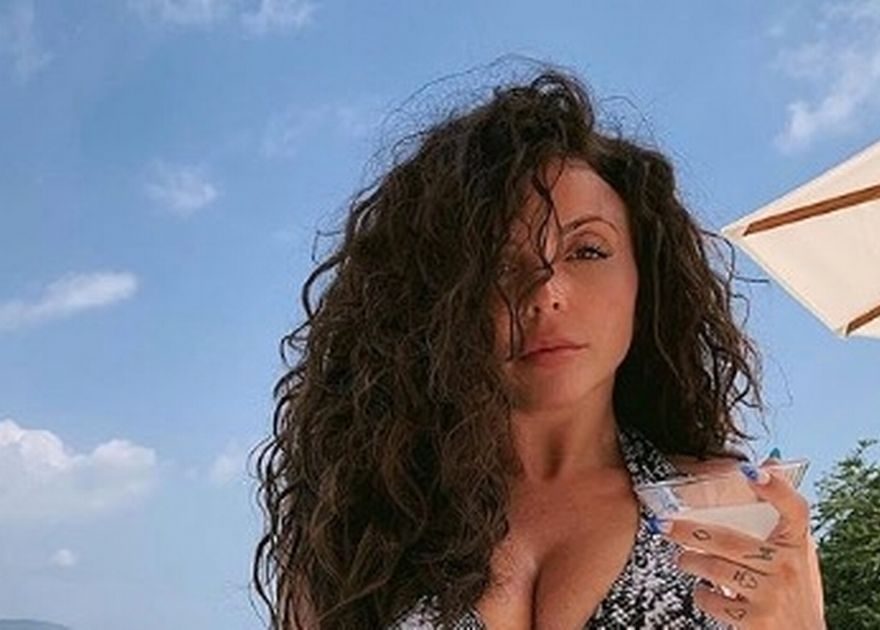 Jesy Nelson recently revealed she's learned to love her figure – and she's now practising what she preaches and showing it off for all to see.

In a picture posted to Instagram , the Little Mix babe, 28, flaunted her incredible curves in a snake print bikini while on holiday with her boyfriend Chris Hughes.

Her two-piece showed off the singer's ample cleavage and toned figure as she sipped a cocktail on the beach.

Jesy wore her curly hair down around her shoulders as she pulled her best pout.

She made a joked about her wild locks in the caption, writing: "Hagrid’s avin another bev." Jesy and Chris are currently enjoying a luxury break on Gili Trawangan island in Indonesia.

But last week she admitted she's had a boost in body confidence and started to overcome her insecurities.

Jesy said she had wanted to “erase” all memory of her younger self because she saw that person as “the fat one from Little Mix”.

She admitted "endless amounts of trolling" had made her hate the woman she saw when she looked at photos of herself in her early twenties.

But since filming a documentary about body image, Jesy is finally learning to love herself.

Posting a picture of herself from 2011, she wrote: "Up until now I hated her because I was made to hate her by endless amounts of trolling.

“Since filming my documentary I’ve learned so much more than I ever expected to.”