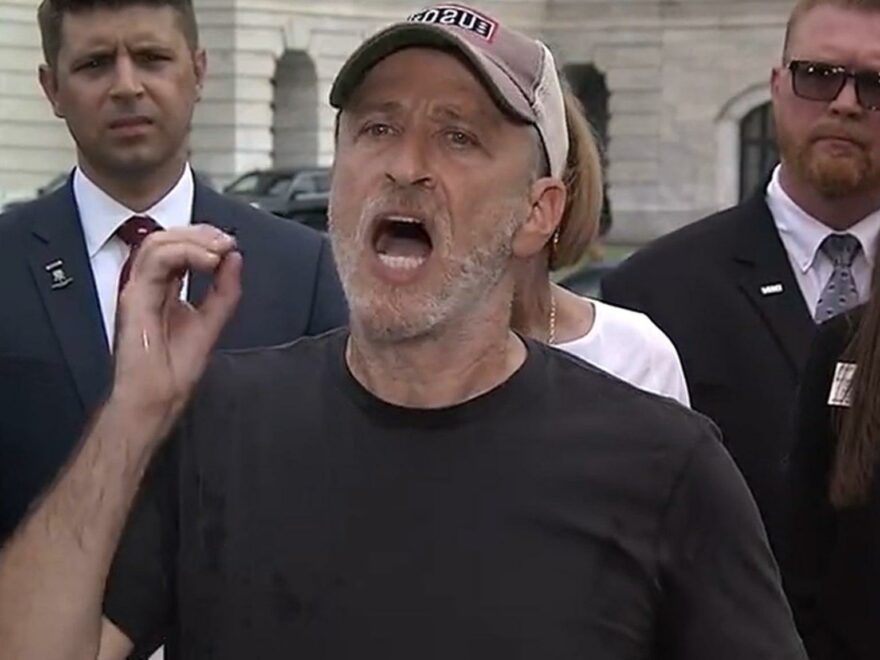 Jon Stewart is putting the Republican party on blast after voting “no” on a bill to expand healthcare coverage for veterans … and he’s calling one Senator out specifically, saying the guy’s nothing short of spineless.

Jon joined House Speaker Pelosi and a group of veterans for a powerful press conference on the PACT Act Thursday … and he lays it down hard on the GOP Senators who blocked the bill with a 55 to 42 vote.

The House already passed it, and if it got the necessary 60 votes in the Senate the bill would help those exposed to toxic burn pits and Vietnam-era veterans exposed to the deadly herbicide Agent Orange. 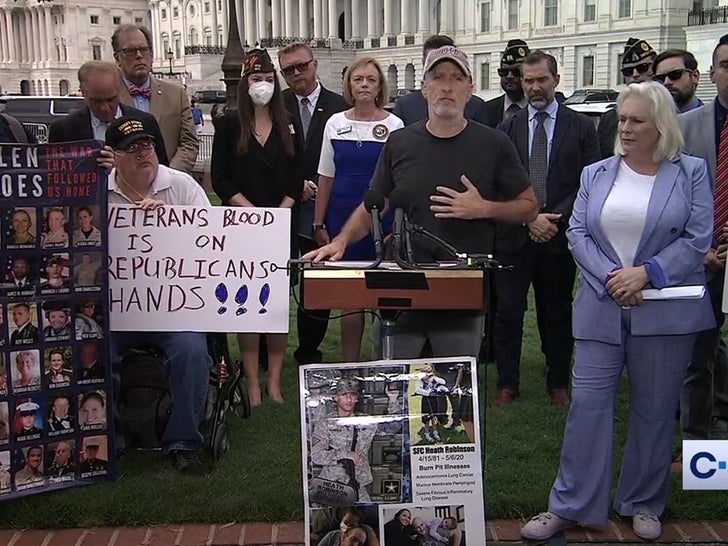 He begins to list the ways the PACT Act could help, before a veteran seated next to him mentions it’ll prevent people like him from going down dark paths, including suicide. The man was holding a sign reading, “Veterans blood is on Republicans hands.”

Jon then points his frustration toward PA Senator Toomey, saying he “isn’t going to hear that because he won’t sit down with this man, because he’s a f**king coward.”

Toomey showed his lack of support for the bill directly on the Senate floor, claiming it would create $400 billion in unrelated spending, which he called a “budgetary gimmick.”

Jon says the GOP Senators aren’t supporting the troops, but they will support the war machine … referring to the massive Pentagon budgets they happily pass. 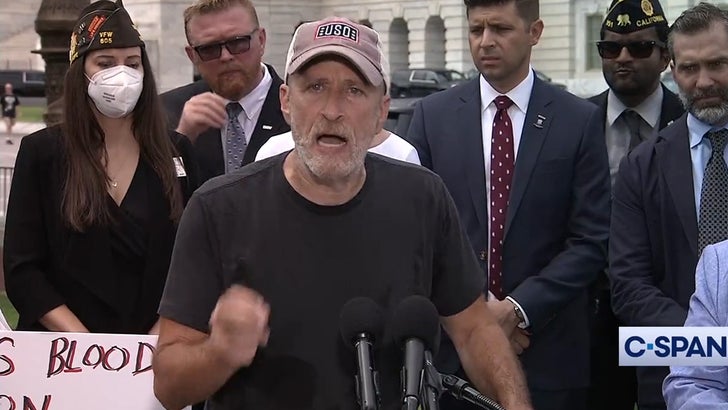 He also got a laugh from the crowd, talking about them working on “Senate time” — calling them tortoises that live to be 200.

He says they don’t get how badly vets need this bill because they’re living in their own world.