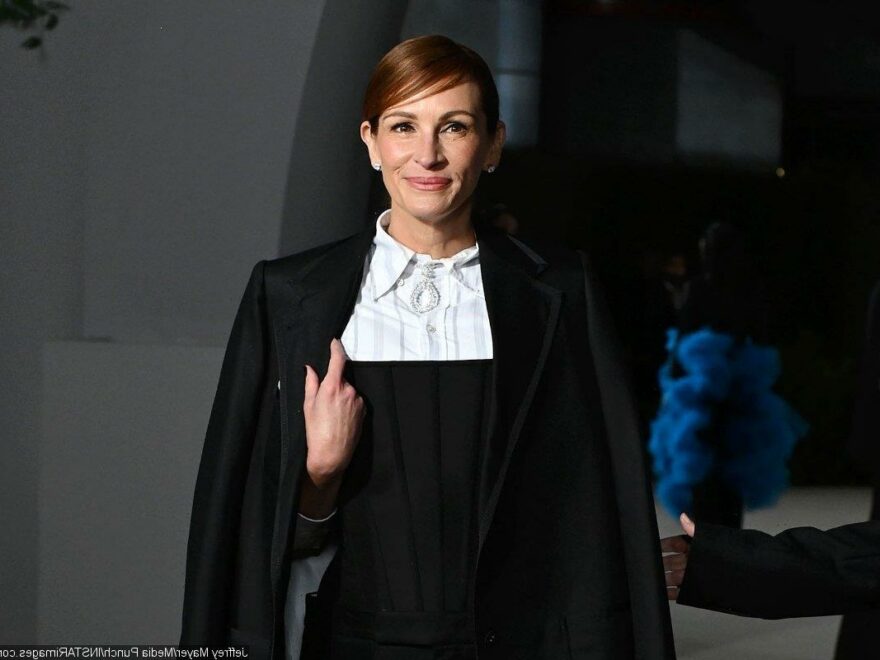 AceShowbiz –Julia Roberts was stunned to find out she isn’t actually a ‘Roberts’ after all. The 55-year-old actress has discovered more about her family tree and, through genealogical work and DNA archives, she’s learned her surname is totally different because her great-great-grandmother Rhoda Suttle Roberts had an affair with a married man following the death of her husband Willis Roberts.

On Ancestory’s “Finding Your Roots”, Dr. Henry Louis Gates Jr. told her, “Digging into Georgia’s County archives, we discovered that sometime in the 1850s, Rhoda married a man named Willis Roberts. Julia carries Willis’ last name. But Willis passed away in 1864, over a decade before Rhoda gave birth to Julia’s great grandfather, John, leading to an inescapable conclusion.”

Although Willis isn’t listed in the 1880 census, her great-grandfather John Pendleton Roberts is in the archives. The historian said, “Willis Roberts could not possibly be your great, great grandfather. He was dead.”

Julia asked, “But am I not a Roberts?” Dr. Henry explained that his team looked into the Georgia archieves and couldn’t find details of her great-great-grandfather.

Next, they used DNA samples from the “Pretty Woman” actress and a cousin to see if that could help them find a match for their great grandfather’s father. He added, “We found a cluster of matches that tie Julia and her cousin to one man… Henry MacDonald Mitchell Jr.”

Julia was shocked and said, “So we’re Mitchells?” The professor confirmed she is actually Julia Mitchell, while the census also revealed Henry was married to a woman called Sarah, and had six children.

Rhodea actually lived only four doors away from Henry’s mother, and Julia admitted her “mind is blown.” She said, “Truly my mind is blown. It is fascinating. And on the other hand there’s you know part of me that you know that when I’m calmer, you know can still wrap my arms around the idea that my family is my family. I do prefer the name Roberts. [laughs] This was a very unexpected turn.”