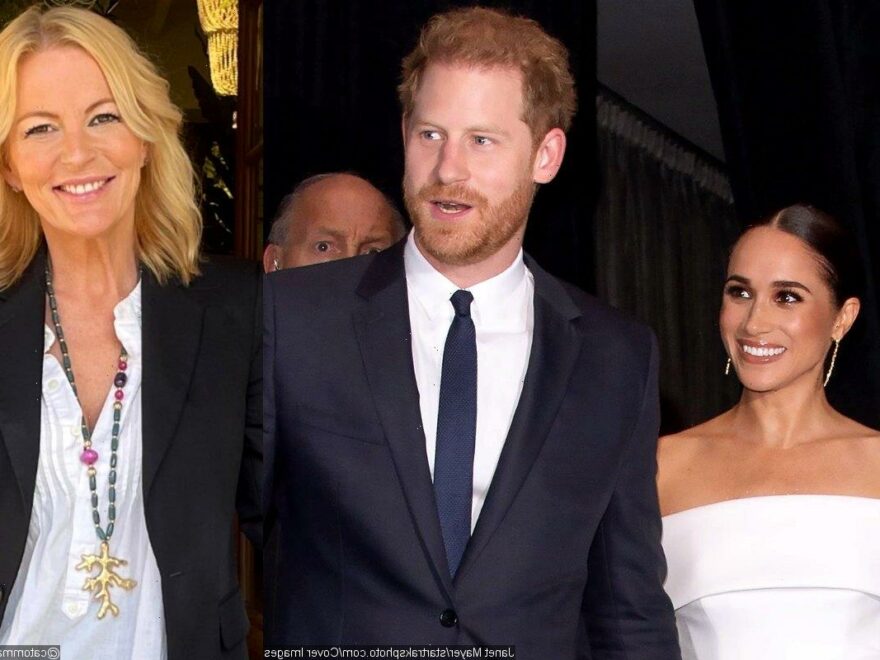 Catherine Ommanney, who claims she had a one-month fling with the royal in 2006 when she was 34 and he was 21, also wished that the Duke of Sussex married ‘someone like Kate Middleton.’

AceShowbiz -Prince Harry’s alleged former flame Catherine Ommanney has branded his wife Meghan Markle, Duchess of Sussex, “manipulative” and “controlling.” “The Real Housewives of D.C.” star, 51, also said on an interview with GB News on Wednesday, January 11, night she “would have loved” the royal to have married “someone like Kate Middleton.”

Mum-of-three Catherine, who claims she had a one-month fling with the royal in 2006 when she was 34 and he was 21, said, “I would have loved for him to have ended up with somebody like Kate, who is suitable to the role. But he has in fact, in my opinion, chosen somebody who is almost polar opposite and I genuinely feel really sad because he’s dug himself a really big hole… I mean, look who he is with. (Meghan is) manipulating and controlling and he’s not the guy that I met. I know it was a long time ago but I really definitely think that he’s not the person I met at all… he’s saying he’s happy but he doesn’t really look happy to me… he looks the saddest I’ve ever seen him…. I still have a lot of respect for him and vice versa. But I’m just really sad for him and I’m sad for the monarchy and the Royal Family.”

She admitted she hadn’t yet read Harry’s “Spare” memoir but said she was “shocked” he’d released the book. Catherine added she was happy the late Queen Elizabeth, who died in September aged 96, never got to read the tome.

And she hit out at Harry using his book to claim he killed 25 Taliban insurgents during his second tour of Afghanistan. Catherine has insisted she stayed friends with Harry after their romance ended in 2006 and said he “pushed past security” to greet her at an event years later. She said they met at a bar in Chelsea when Harry was still in an on-off relationship with 37-year-old socialite Chelsy Davy.