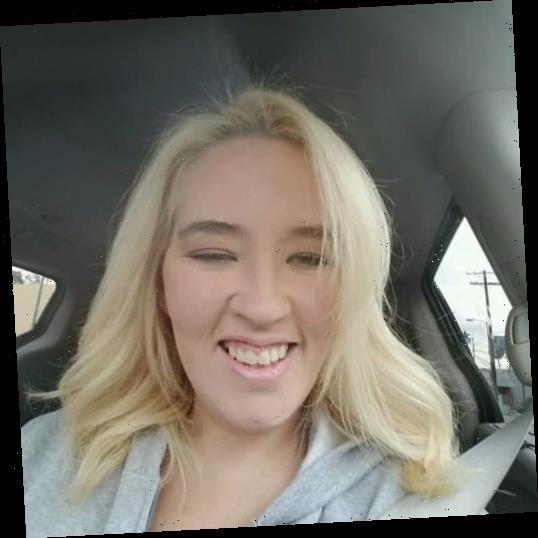 Just before marking the milestone of being 10 months sober, Mama June Shannon flaunted a $55,000 makeover.

But why was this “tune up” such a big priority when her 2019 drug binge left her life and health in such shambles?

June Shannon is opening to In Touch Weekly about her recent and pricey makeover.

“Just the fact of the matter is that we went through rehab,” she acknowledges.

“And, you know,” June continues, “I gained a little bit of weight and we wanted to do something for ourselves.”

“So,” June describes, “I ended up saying, ‘OK, I’m reaching out to [my manager] Gina Rodriguez and saying, ‘Hey, we want to do something.’”

She continues: “And she all hooked it up or whatever.”

As her manager, Gina, of course, has played a huge role in June’s continued reality career and in her previous makeover.

“Because I mean, you know, when you go to rehab and you’re in your addiction,” June reasons.

She explains: “You don’t care about what you look like or whatever.”

“After my addiction,” June recalls, “it was like a wake-up call kind of thing.”

June’s touch up included chin and neck liposuction, which was performed by Dr. Michael K. Obeng.

That kind of delicate procedure is pricey, costing about $15,000.

And that was just the beginning.

June, who had a conspicuously missing tooth fixed earlier this year, got a brand new set of veneers.

Previously, June had claimed that she lost the tooth eating a “fat cake.” Now, she has a different version of events.

“I broke my front tooth because I love chewing on ice, like real ice cubes,” June claims.

She adds: “And that’s what broke my tooth off to begin with, and then my addiction, I didn’t give two s–ts about what I looked like.”

“When I actually was at rehab,” June recalls, “I kinda woke up and was like, ‘Oh my God, you need to get this fixed because it’s not a good look on me’ if that makes sense.”

He also underwent a $20,000 lipoma removal on his neck and head, which was performed by Dr. Obeng.

The same dental wizards who fitted June bestowed a new set of $40,000 veneers upon Geno.

Though June is still healing, she is already appreciating the effects of the work that she had done, saying that she feels “really good” about her new look.

“I can be OK with doing Cameos for fans,” she says. “I can be OK doing the things that I was doing before.”

That is great to hear!

But they can play a huge role in someone’s mental health, their reality TV career, and  how they are perceived by others in person and on social media.

For June, getting work done is integral to her reality TV brand and to her recovery.