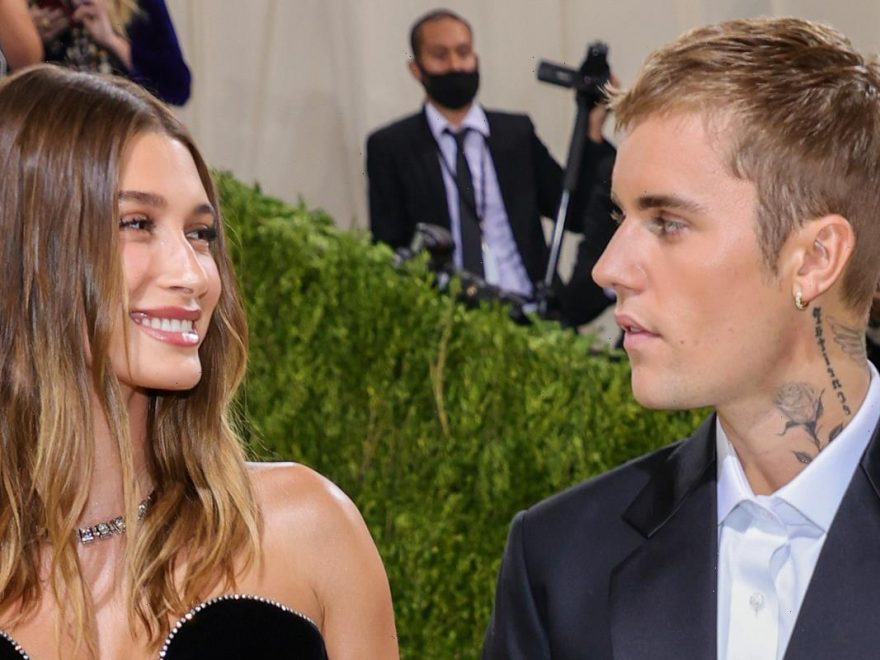 Justin Bieber carries a Drew House bag while arriving for the 2021 Met Gala held at the Metropolitan Museum of Art on Monday (September 13) in New York City.

The 27-year-old singer was joined at the annual night of fashion by his wife Hailey Bieber.

Justin also adorned his sneakers with some Drew House stickers, while Hailey put on a pair of sunglasses for some photos.

The annual Costume Institute Gala is the fashion world’s equivalent of the Oscars and the event is usually held on the first Monday of May, but it was postponed until September 2021 due to the pandemic. The theme this year is “In America” and there will be a two-part exhibit with the second part debuting at next year’s Met Gala.

If you missed it, the night before, the Biebers were in attendance at the 2021 MTV VMAs, where Justin picked up Artist of the Year!