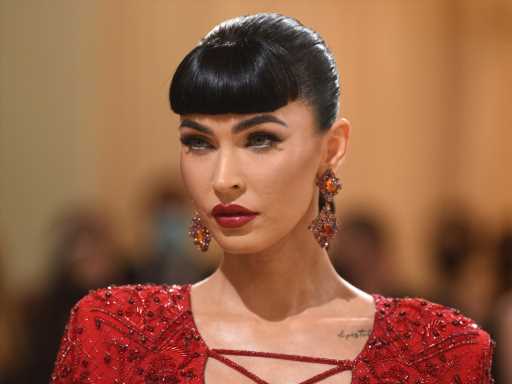 Just one night after Megan Fox donned an ultra-sexy, nearly naked look at the MTV VMAs on Sunday, she decided to take her look to the next level for the Met Gala on Monday. The Midnight in the Switchgrass star stunned in a lace-up, red gown by Dundas accented with her pin-up girl bangs — the plunging neckline in the front with a high-slit leg made this a memorable look.

Just because Fox hit the red carpet solo at the Met Gala, don’t think there is trouble in paradise between her and boyfriend Machine Gun Kelly. The duo was separated by conflicting events on the same night — Fox at the elite fashion event and the rapper performing at a concert. The good news is that they are in the same city, so they can celebrate together after all of their work obligations are over. 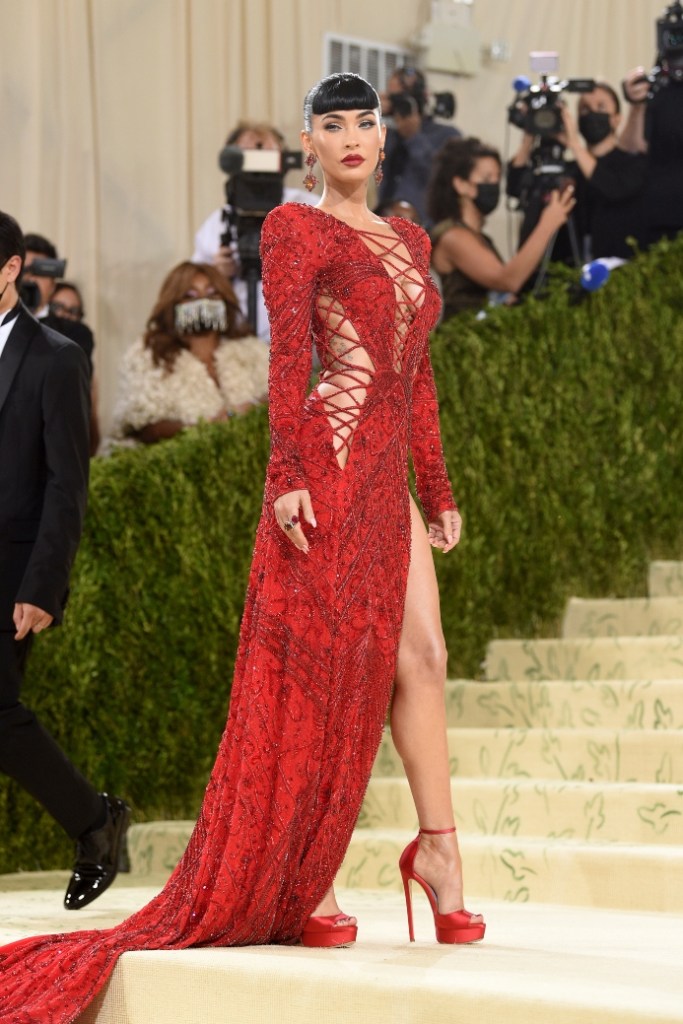 For Fox, the last few years have been about a transformation, not only in her personal life with her divorce from husband Brian Austin Green, but also in her work life. “It is a little bit like being a phoenix, like being resurrected from the ashes,” she told InStyle earlier this year. “I was brought out and stoned and murdered at one point, and then suddenly everybody’s like, ‘Wait a second. We shouldn’t have done that. Let’s bring her back.’” And now, she’s back with a vengeance with five projects in the pipeline, including The Expendables 4.

We hope that Fox keeps serving us major fashion looks in the coming year (we need it after the last 18 months of a red carpet drought) because she makes every head turn the moment she steps in front of that camera — with or without Machine Gun Kelly by her side.

Before you go, click here to see actors who have spoken out about pressure to get naked for a role.