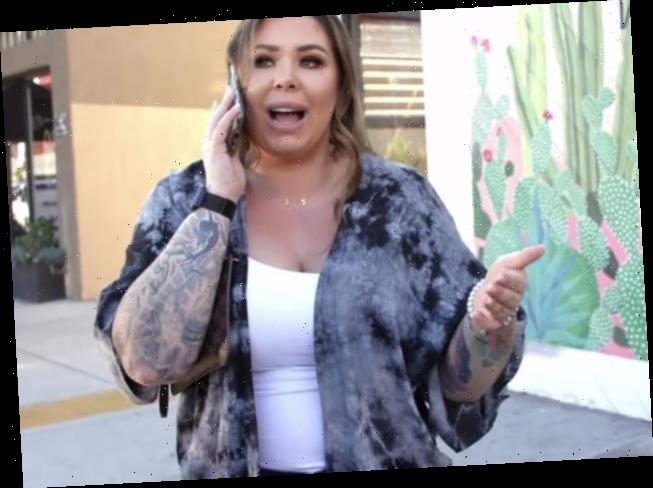 Like many of the stars of the Teen Mom franchise, Kailyn Lowry had a difficult childhood.

Unlike most of the others, however, Kail still is still not on good terms with the person who raised her.

In fact, prior to the phone call she received on Tuesday’s episode of Teen Mom 2, it seems Kail wasn’t even sure if her mother was still among the living.

The absentee mother, Suzi, called to inform Kail that her grandmother had passed away.

Kail was already aware of this, and was not too thrilled to hear from her mom.

“I’m fine. I’m actually shocked you are calling me right now because I actually didn’t know if you were dead or alive,” she said during the surpise call.

This apparently took Suzi by surprise.

This caused Kail to drop the facade of civility and let Suzi know what she really thinks:

That may sound harsh — after all Suzi is obviously trying to make amends — but it’s important to bear in mind that Lowry’s mother is an alcoholic who has come and gone from life without explanation or apology.

Or at least that’s the version of events that Kail has put forth on TV and in her memoirs.

Lowry says she hasn’t seen her dad since 2009, and she adds that she’s happier without either of her parents in her life.

“I didn’t get cards for them, but if I did get cards for my kids, they don’t know who the f–k you are. My son is two years old and has never met you,” Kail continued.

“You have one child and three grandsons that have not heard from you in years. Years. Let that sink in.”

Suzi interjected that the situation wasn’t entirely her fault, a remark that Kail did not take lightly:

“It is all of your fault,” she fired back.

“And until you can take that responsibility and truly accept it for what it is, I can’t even have a conversation with you,” Kail said, before abruptly hanging up.

Later, she fumed about the phone call while speaking with a TM2 producer.

“You want to call me because your mom died? Go f–k yourself. You suck,” she said.

“You think that you’re the first person to f–king tell me? No, I was the first to know because I stay in contact with my family. No.”

Kail went on to reiterate that her mother is not undergoing treatment for her alcoholism.

In fact, she alleged that Suzi was drunk during their phone call.

“Why am I going to set my kids up with the same bullshit that I went through?”

“I think I’m angry, I think I’m sad … I don’t have many good memories with her, so it’s hard to miss that,” she said.

“If she consistently called me after today [they could work things out] … but I know that’s not going to happen,” Kail added, laying out her expectations for her mom.

In a recent interview with Too Fab, Kail spoke about the call, which was teased in a trailer for the current season of Teen Mom 2:

“I don’t have a relationship with my mom,” she said at the time.

“I don’t know why she felt the need to reach out to me,” Lowry continued.

“So, yeah, that’s definitely not something that is happening currently in my life.”

Obviously, it was a painful scene for Kail.

And no doubt many viewers who have strained relationships with one or both of their parents found it sadly relatable.