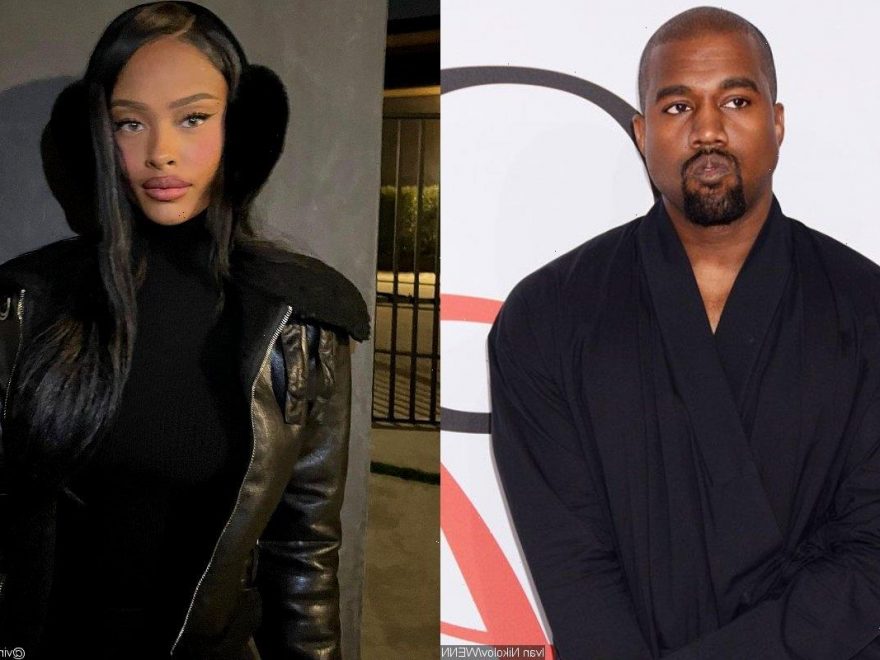 The ‘Gold Digger’ spitter seems dispirited while he’s on his way from dinner in Loz Feliz amid reports that he’s no longer dating the model after several months together.

AceShowbiz – Kanye West isn’t the happiest lately amid reports that he has split from girlfriend Vinetria. While his estranged wife Kim Kardashian is enjoying her new romance with Pete Davidson, the allegedly newly-single rapper looked sad during his recent outing.

The Atlanta-born star was spotted out and about in Los Angeles on Monday, December 20. In a picture taken from the outing, the 44-year-old seemed dispirited as he kept his head down while he headed towards a limo after grabbing a bite at the Caras Hotel in Los Feliz, according to HollywoodLife.com.

The Yeezy designer wore a black puffy jacket over a hoodie and a baseball cap in the same color. He also sported a pair of gray jeans with some white splattering designs on them and a pair of boots in matching color.

The photo surfaced after it’s reported that he has called it quits with his girlfriend Vinetria. According to PageSix, the rapper has broken up with the model after hooking up for a few months. The father of four has apparently removed the brunette stunner from the list of people that he’s following on Instagram, but the model is still following him.

While Kanye is likely celebrating the holidays as a single man, his estranged wife is head over heels for her new boyfriend Pete. Over the weekend, the pair enjoyed a series of dates in his native of Staten Island.

On Monday afternoon, the reality TV star was caught sneaking out of the comedian’s apartment. She was reportedly at her beau’s apartment throughout the weekend, though she also had a room at the Four Seasons Hotel in the Financial District.

On Tuesday, the pair continued their love fest in Los Angeles. The duo were seen having breakfast at the Fountain Coffee Room in the Beverly Hills Hotel, where they were pictured sharing a laugh as the SKIMS founder showed something on her phone to the “Saturday Night Live” star.