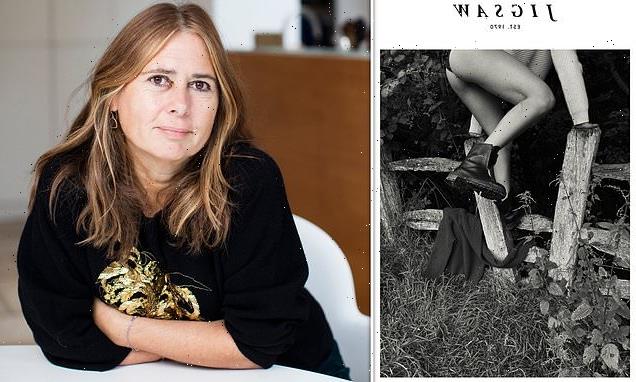 So let me get this right. An advertisement from Jigsaw, one of British fashion’s most mainstream, middle-market, don’t-scare-the-horses brands, has been banned for objectifying women? How ridiculous.

The black and white picture in question shows a girl in the Berkshire countryside climbing over an old stile while wearing a pair of hiking boots, a white fisherman’s rib sweater and, as far as one can see, a brief sliver of a swimsuit. As a result, Jigsaw stands accused of being irresponsible and causing serious offence.

Laughably, one of the points made by the Advertising Standards Authority, in handing down judgment this week, is that ‘she appeared to be out for a hike or walk in the woods where people would not ordinarily be undressed in that way’. Aha! So advertising is now meant to be reportage. A bland depiction of the way people really look and behave? I think not.

This image, emailed to customers as part of the brand’s Autumn/Winter Into The Woods campaign, no more objectifies women than it turns hiking boots into fetishwear. It’s a beautiful, gentle and sensitive image, devised by an all-female team and shot by in-house staff as one of the add-ons to the main campaign. 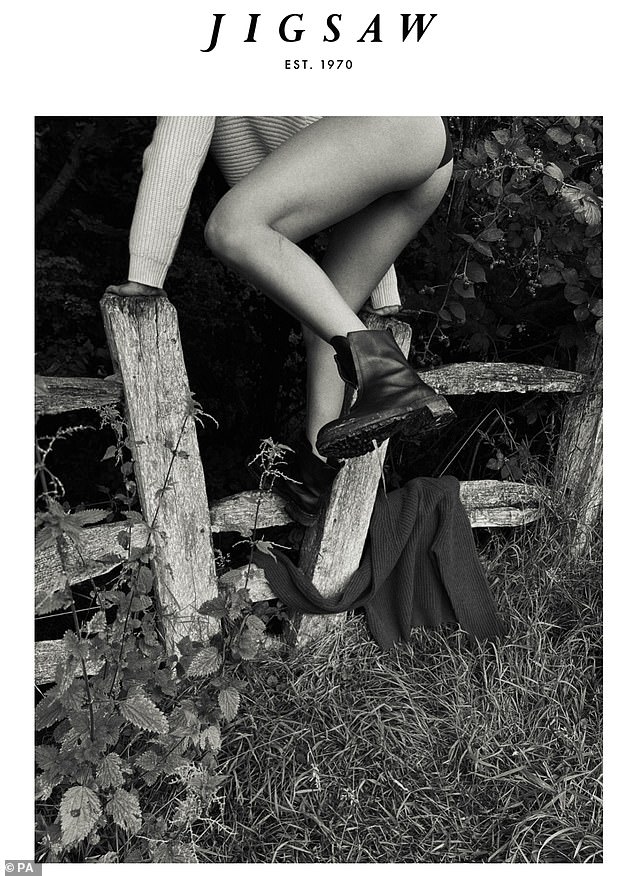 The picture is captioned ‘These boots were made for walking’ — a nod to the 1965 hit song by Nancy Sinatra, which pronounced loud and clear that she was a woman capable of walking out of any situation not to her taste.

So, the message here is about as far from portraying a woman as vulnerable or as a hapless sex object as you can get. Which makes the decision that a picture as generally innocuous as this one, is something that our eyes should be shielded from, deeply worrying.

Into The Woods was conceived by Joanna Sykes, Jigsaw’s Creative Director since 2019. Sykes has a hugely successful track record in women’s fashion, particularly in clothes that resonate with grown-up, real women. She did a stint at Aquascutum before going to Nicole Farhi for a few years.

Farhi and Jigsaw are both brands that have provided reliable staples for women’s professional wardrobes. They are clothes for real life rather than flights of imagination. Which is where advertising comes in. Successful advertising catches our eye (which, in this case, it certainly has done).

It is meant to make us desire the product or the brand, and to do that often it must sprinkle some fairy dust around, rather than document the way the product will be used in reality.

There are only so many photos of a pair of black trousers and a navy coat that will inspire us to splash out. Sykes would have wanted to add some mood and emotion to the many straightforward studio shots also featured in the campaign and, I imagine, hoped to do so by producing a narrative about a cheeky group of friends larking around together. Along with pictures of half-clothed young models joyfully dancing, there are conventional pictures of them posed in whole outfits — a velvet trouser suit, a trench coat, for example.

Alexandra Shulman (pictured), who commissioned fashion shoots at Vogue for over two decades, said she didn’t find the image voyeuristic or offensive

The main campaign’s photographer Sarah Blais has worked with many fashion magazines as well as shooting for clothing brands including Zara, Dior and Arket. Tellingly, she was also the 2019 winner of the British Journal of Photography’s Female in Focus award, a periodical not known for a love of sexually exploitative work.

In the bumf accompanying the shoot, Jigsaw describes the images thus: ‘A group of friends spill into the forest with a spirit of heady adventure . . . the collection explores the relationship with our bodies both inside and out, through the art of dressing and undress, revelling in freedom and self expression.’

Now, you could take Jigsaw to task over the mind-blowingly pretentious speak, but that is not what the ASA has found them guilty of. Their sin is supposedly being voyeuristic and sexually suggestive.

Well, eye of the beholder and all that. I didn’t find it voyeuristic or offensive. There were only two complaints lodged about this image, which is a ludicrous reason for investigating the case, let alone the ruling.

But, more importantly, can it really be that the sight of a woman’s naked legs is so disturbing?

And where does the idea that an image such as this is offensive leave us? It’s part of the move towards sanitising our culture so anything that makes an impact, which might perturb a very few, is deemed too risky to be allowed. 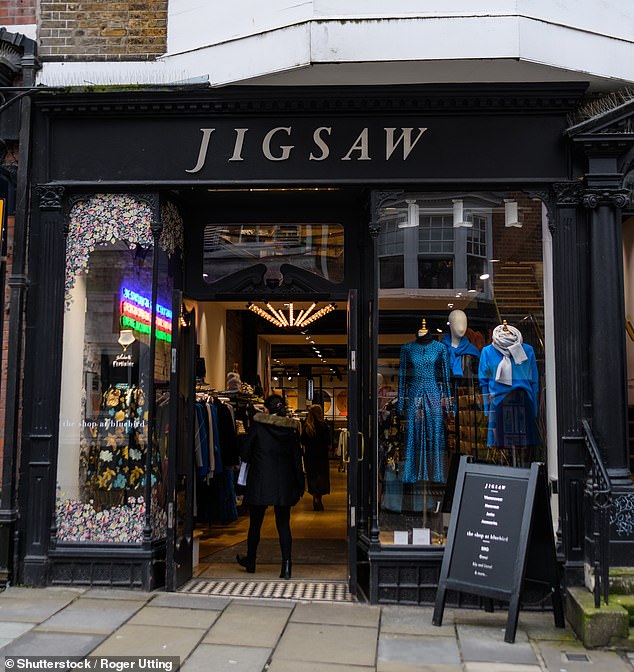 Alexandra said the female team on the campaign saw no problem with the focus on the lower half of the model’s body, because there is nothing uncomfortable or exploitative. Pictured: Jigsaw clothing shop on High Street

As someone who commissioned fashion shoots at Vogue for over two decades, I understand why the team at Jigsaw would have liked this picture. In fashion terms, pronouncing a picture to be ‘like a catalogue shot’ is the greatest criticism you can make.

Catalogue shots clearly show the clothes in a straightforward, up and down way. No arty stuff. With this striking black and white image, they would be hoping to add a level of creativity to the campaign that might make Jigsaw appear more cutting edge.

I imagine the female team on the campaign saw no problem with the focus on the lower half of the model’s body, nor on the partially bare bottom, because there is nothing uncomfortable or exploitative here.

There is no deliberate sexuality in the girl, just natural movement. This may be because they were all women, or in all honesty, it may not. I don’t believe there should be a blanket judgment of the male or female gaze.

But speaking as a woman, looking at this image I am shocked by the suggestion that there is anything amiss in what I find an attractive and evocative shot.

The idea that the ASA should deem it unpalatable is far more worrying and bleak.