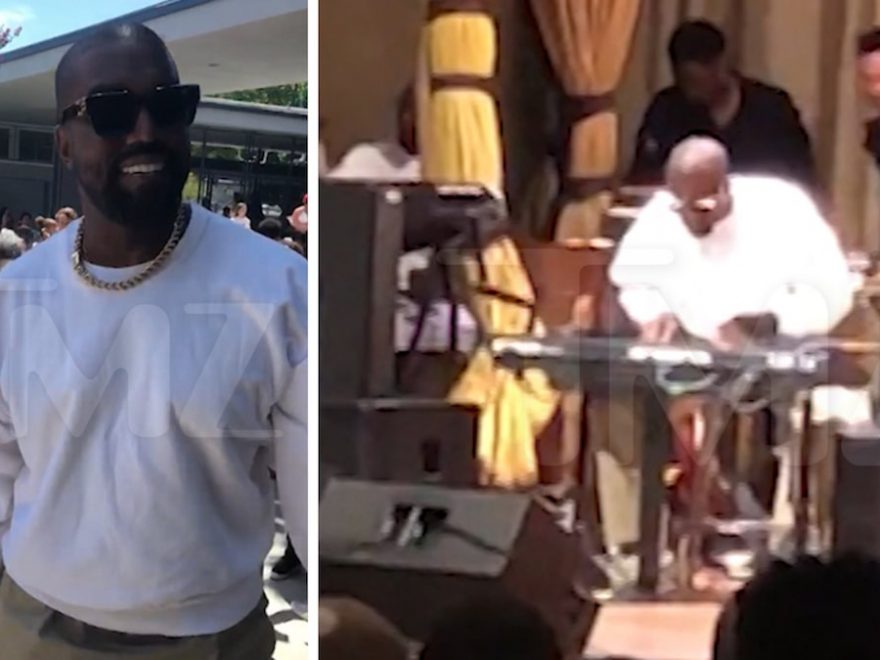 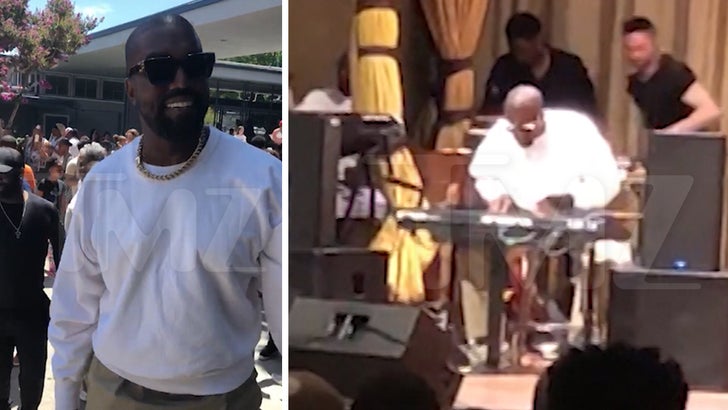 Kanye West is coming down from the mountain top and taking church goers back to school — literally he was on a campus this weekend doing his Sunday Service.

That’s right … Ye switched things up Sunday for his weekly spiritual concert — opting to bring his talents to the people in North Hollywood, where he put on one heck of a show for a local congregation that meets up at a middle school in the San Fernando Valley.

We’re told Kanye joined forces with the California Worship Center this week, walking in around 11 AM PT and hosting a musical church service ’til about 2 PM. It was quite a spectacle — but perhaps a bit less so than what his usual services turn out like.

Remember his Coachella gig? This wasn’t quite that — a heavily advertised set at a major music fest with thousands of people — but the excitement here was just as palpable.

Regardless of the hype, lots o’ famous folks stopped by. Eyewitnesses tell us stars like Blac Chyna, Tori Kelly, Gwen Stefani and even manager-to-the-stars Scooter Braun showed up — not to mention everyone Kanye brought along with him … which was a ton of heads.

As for how the service itself went, just take a looksy for yourself. Seems it came close to matching what we’ve come to expect from Sunday Services, only in a bit of a tighter space … but with just as much energy. That’ll happen when you get two churches together.

So this happened today. Kanye West, The Samples , Sunday Service @caliworship @rabbijasonsobel came together for an Epic Day of Worship. @warryncampbell @imericacampbell

Music-wise, we’re told KW weaved in a number of samples into the live production — which was supplemented by a choir and a marching band on hand. Some of the songs he used … Fred Hammond’s “This Is the Day,” Jay-Z’s “Lift Off,” Snoop’s “Drop It Like It’s Hot,” and Tye Tribbett’s rendition of “Lift Him Up.” Clearly, those in attendance were moved the spirit — it was lit.

Now, when it comes to how or why this came together the way it did, we’re not entirely sure. But like the good book says … ask and Ye shall come through!!!

That’s how that goes, right?