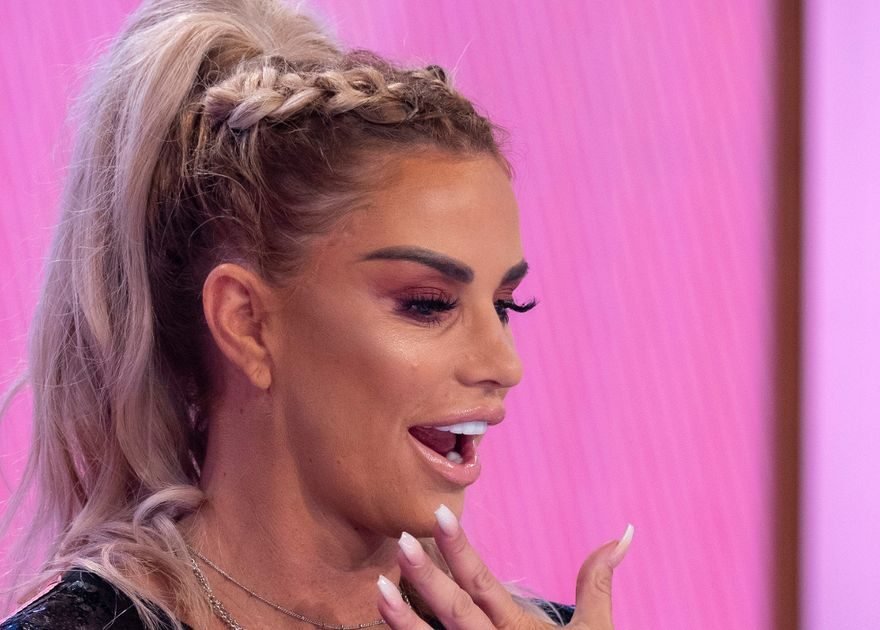 Katie Price has announced her engagement to Kris Boyson and the stunning diamond ring has meant that nearly £1million has been splashed on the reality star.

Pricey surprised many when she announced on Loose Women that she had got hooked to PT instructor Kris.

It may also come as a surprise that cash strapped Katie will be rocking a diamond ring that valued at around £70,000.

Not bad for someone who has been flogging her unwanted clothes on eBay in recent months as Katie looked pinch every penny during a time in which cash flow became restricted as she battled in court against various driving charges.

This would mean that Katie has managed to pull in just under £1million from her six engagement rings, with Peter Andre's £180,000 effort in 2005 gaining thousands, according to This Morning valuer, Vashi Dominguez. This is not surprising seeing that it was diamond-studded and taking up the entire first half of her finger.

Vashi told the Sunday People soon after the collapse of Katie's marriage to Kieran Hayler: “Katie has been very astute in her choice of rings. The price is ­definitely right for Pricey.

“She has has shown surprisingly good taste in all her choices and has done very well out of them.

"If only she had similarly good judgment when it comes to men.”

Katie's first engagement came in 1997, when bodybuilder and former Gladiator Warren Furman paid £3,500 for a ring.

The relationship didn't last for long but he had a good eye for a ring as Vashi has since valued the ring at £6,000.

Next up for KP was cage fighter Alex Reid who splashed out £25,000 on what Vashi describes as the most “eye-catching and exuberant engagement ring”.

“I’d speculate that the unusual stone is an orange sapphire or a pale orange spessartite garnet.”

Unfortunately, this ring cannot be counted towards Katie's ring collection as she gave it back to Alex after their divorce in 2011.

Next up was Argentinian hunk Leandro Penna and he presented her with a pink heart-shaped sparkler which cost a more modest £15,000.

Katie returned it to Harrods when she found Penna was paying it off monthly. Today it is worth £25,000 but she did not profit from it.

The last before the engagement to Boyson was the marriage to Kieran Hayler, who Katie is now currently divorcing.

Vashi summed up by saying: “Tastes change but there is huge demand for this kind of bling , particularly with the economy now doing so well and so much foreign money being invested.

“If Katie sold her rings, she would make a huge profit.”