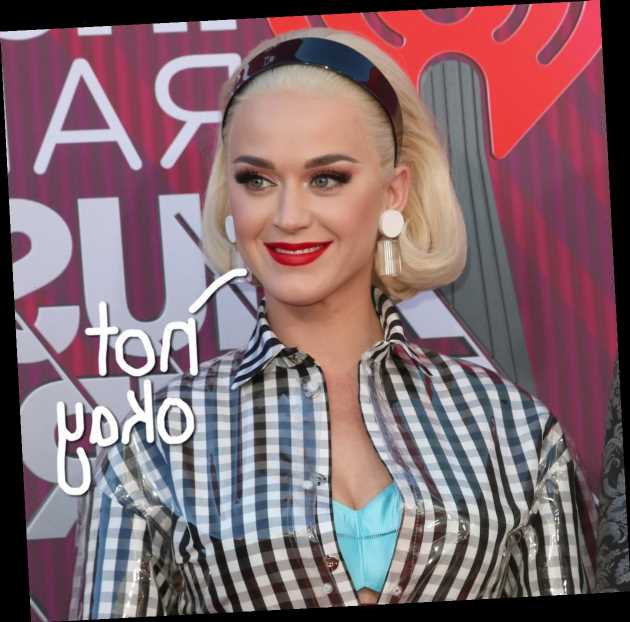 This is the last thing Katy Perry needs right now!

Instead of being able to fully soak in precious time with newborn daughter Daisy Dove Bloom, the songstress and her fiancé Orlando Bloom have had something else on their mind: an alleged stalker.

According to docs obtained by E! News, the new momma says she has “suffered significant and severe emotional and psychological distress” after a man allegedly trespassed on her property twice in the past month.

A judge has signed off on a temporary protective order which requires William Terry to stay at least 100 yards away from Katy, Orly, their daughter, and Bloom’s 9-year-old son Flynn Bloom. He is additionally prohibited from contacting the 35-year-old indirectly or directly via social media, and cannot threaten or harass her.

The Teenage Dream singer described Terry as a “complete stranger” in the filing, who “trespassed on my property, is stalking me, and who threatened my family.”

According to Miz Perry, the alleged stalker attempted to enter her property on August 3 by falsely claiming to a security team that he had been invited to the home. Just a month later, on September 8, he took things a step further and allegedly “jumped the fence” of the Beverly Hills pad, where he was placed under citizen’s arrest.

After the alleged incident, the man was arrested for criminal trespassing, but has since been released from police custody.

“In addition to his attempts to make physical entry to my home. Terry has also posted death threats against my partner Orlando Bloom, stating that he wants to snap his neck. Terry is a dangerous man and we are in need of an order of protection that prohibits him from coming into proximity of me, my partner, our children, our home, or any place we occupy.”

TMZ also had a look at the legal docs, which include multiple alarming messages posted to his Twitter account dating back to December 2019. They include tweets tagged #activeshooter, comments about killing cops and dogs, and wishing that Miranda Kerr, as well as hers and Orlando’s son Flynn, “catch covid and die.” In addition, there were numerous sexually explicit and graphic comments made about Katy.

The temporary restraining order is up on October 8, at which point a hearing will take place to determine how they will proceed.