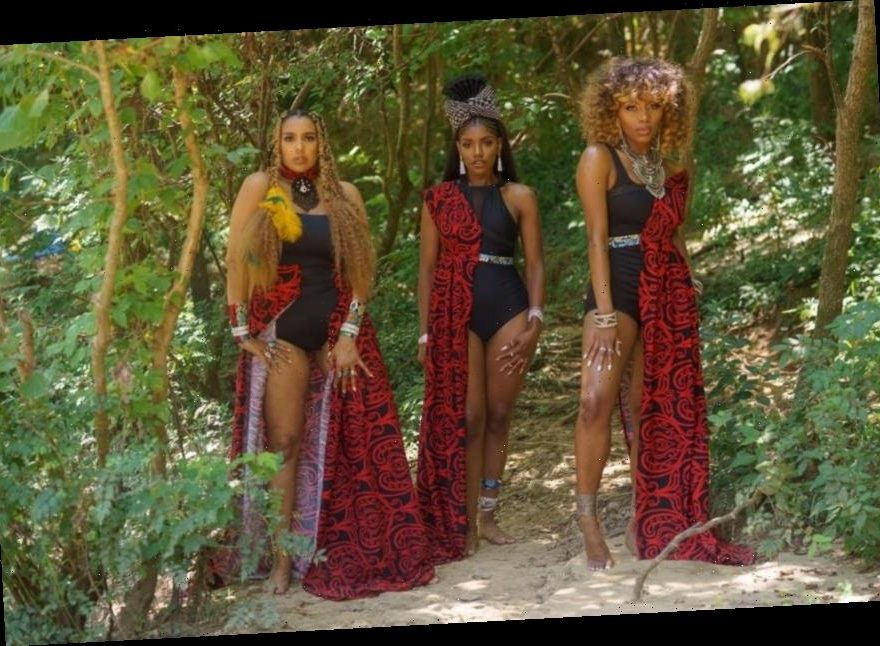 This year has given us much to be afraid of, but there’s a new R&B group that wants us to choose faith over fear. The Shindellas seek to promote anti-racism, self-esteem, courage and sisterhood to Black women through their new anthem, “Fear Has No Place.”

“We hope that this song speaks to the women who want to start their own business, but don’t feel encouraged, for the woman asking for equal pay and for Kamala Harris who may one day be helping to run this country, ” the group wrote in a statement. “We all face obstacles and setbacks, but fear can’t be part of the equation to move forward to lead on the road to greatness.”

The track, which has neo-soul and gospel undertones, was written and produced by Chuck Harmony and Claude Kelly of Weirdo Workshop. The duo has worked with some of the biggest names in music, including the late Whitney Houston, Rihanna, Jennifer Hudson, Fantasia and Jazmine Sullivan.

The video for the Shindellas’ single “Fear Has No Place,” directed by Nina Teapot of Weirdo Workshop, features the three singers embracing one another and rotating places at the front of the frame.

The Nashville-based group practices what they preach by challenging traditional standards of the genre. For example, they’ve opted to completely forgo appointing a lead singer in a show of solidarity. Instead members Kasi Jones, Stacy Johnson and Tamara Chauniece run the group democratically, agreeing to share the spotlight.

As a unit the group stares fear down from the front steps of a plantation and set it free in a river, rocking sequined jumpsuits. The video ends with a series of calls to action.

Watch “Fear Has No Place” from The Shindellas below.