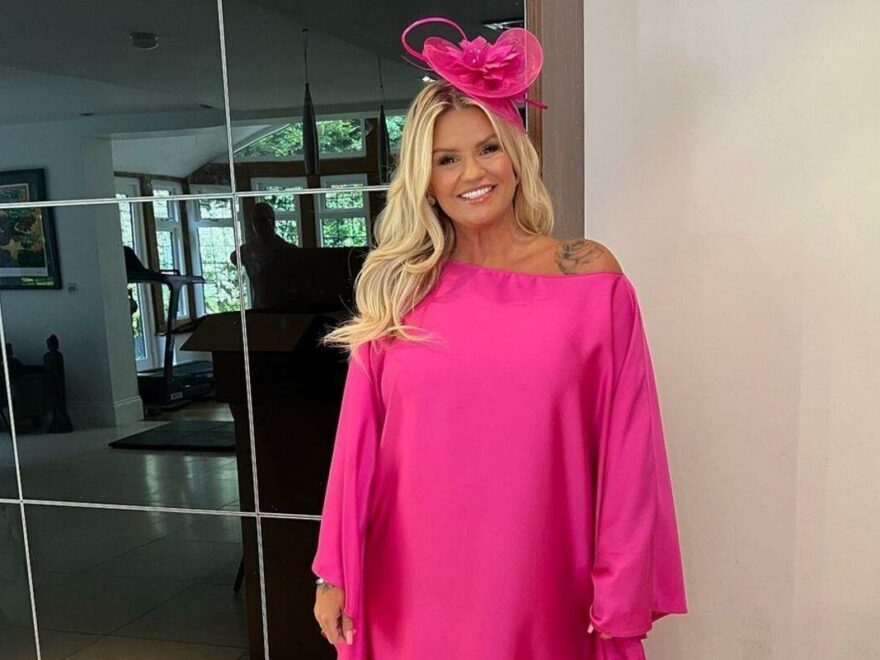 The former Atomic Kitten member reveals she has recently had her private parts cleansed as she is at ‘the peak of [her] sex life’ with husband-to-be Ryan Mahoney.

AceShowbiz –Kerry Katona raves about having the “best sex ever” since having her vagina steamed. Engaged to fitness instructor Ryan Mahoney, the 42-year-old star explains that the pair are enjoying being intimate together after undergoing the cleansing procedure which left her genitalia – which she has now named Vera – “smelling lovely.”

“I’m at the peak of my sex life at the minute. I’m having the best sex ever, if I’m honest. Ryan is really fit. I’ve been there, done that, and declared my love for people, but the difference here is I don’t need him… I want him. I had my vagina steamed recently and I decided to give it a new name ~ Vera,” she said.

“I liked the idea of freshening it all up. We have steam on our faces and massages on our neck, so why not have your f**** steamed? It didn’t do anything for my mental health, but it felt a lot cleaner and it smelt lovely!”

Meanwhile, the former Atomic Kitten singer – who has children Molly, 21, Lilly-Sue, 19, with first husband Brian McFadden, Heidi, 15, and Max, 14, with second spouse Mark Croft and Dylan Jorge, eight, with late third spouse George Kay – has claimed to have made £1 million by selling photos on OnlyFans and believes that pop superstar Britney Spears should do the same instead of “giving it away for free” on Instagram, even urging the “Toxic” hitmaker to team up with her for “joint posts.”

She told Closer UK, “Why is she not using my referral code and getting herself on OnlyFans? Britney, give me a call darling and I’ll guide you through it. We can do joint stuff together. I was nicknamed the ‘British Britney Spears’ back in the day and we have a lot in common. She needs to stop giving it away for free and we can make an absolute mint.”