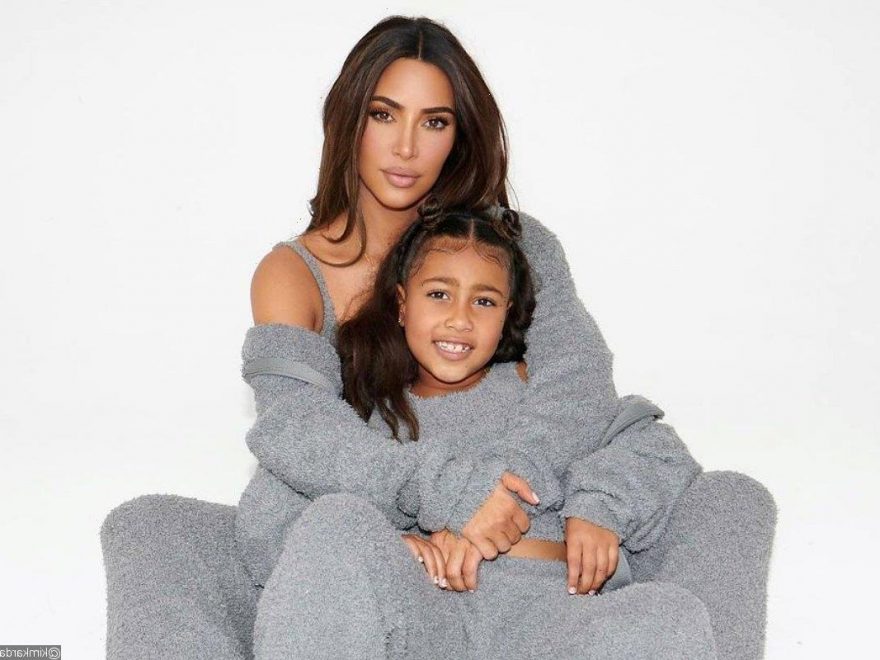 The former ‘Keeping Up with the Kardashians’ star tells her 8-year-old daughter to end her live streaming as the little girl shows their family’s house without her permission.

AceShowbiz –Kim Kardashian is serious about protecting the privacy of her house. The former “Keeping Up with the Kardashians” star has been left furious after her daughter North West gave a house tour without her permission on TikTok live.

While going live on TikTok, the 8-year-old entered her mom’s bedroom and told her mom, “Mom, I’m live,” and laughed. The SKIMS founder could be heard responding to her daughter, “No stop, you know you’re not allowed to.”

After sensing that she might have crossed the line with her mother, North replied, “Okay bye.” However, Kim could still be heard saying, “Is she really going live?” to an unknown female voice that answered, “I don’t know.”

During the live stream, viewers saw everything, including North’s pink wallpaper, the contrasting minimalist hallways and their Christmas decorations. While showing off the family’s house and chatting to other kids, including her brothers and sister, who were just as excited as she was, North said, “Let’s go downstairs, we’ve rented this ‘Sing‘ thing,” referring to decorations and arts and crafts for the new animated movie, “Sing 2“.

North was keen to get followers involved, repeatedly telling them, “Say yes if you want to see the ‘Sing’ thing,” The kids took turns showcasing the various cut-outs and blow-up characters from the film, before one young boy shouted, “North is live, North is live, North you’re live. No, not fair, TikTok live.”

Kim is currently in the midst of a divorce with North’s dad Kanye West, with whom she shares their three other children. New court documents showed that the reality TV star has repeatedly requested the rapper to “bifurcate and terminate” their marriage status but he hasn’t responded.

However, according to her lawyer Morghan Leia Richardson, Kim can push the divorce through “with or without” her ex’s cooperation. “Bifricate means to separate the issues. Kim is asking the court to legally divorce her, but not decide the ancillary issues (custody, support, assets),” Morghan told HollywoodLife.com on Monday, December 13.

“[She] can request a hearing to be divorced legally, and a court can issue a decision without him,” Morgan explained further. “Aside from the new title, she may also want to figure out new tax filings, or maybe she really just wants to be able to say he’s officially her ex-husband.”

Morghan continued, “In California, Kim can finalize, or receive a ‘declaration of divorce’, with or without Ye’s cooperation.” The attorney also confirmed that based on Kim’s latest court documents, the 41-year-old TV personality is “absolutely” ready to end the marriage. “She’s asking the court to allow the divorce to take place and she sounds frustrated that he’s allowing it to linger on,” the lawyer told the outlet. “She likely just wants to start a new chapter and this is holding her back.”

“Maybe [Ye] hasn’t seen the papers, but that seems very unlikely,” Morghan said. “Maybe he’s really wishful that she’ll change her mind, but in my experience once a woman is this level done, such efforts are futile.”

Morghan also commented on how Kim’s request to “bifurcate and terminate” the marriage affects her and Ye’s custody and assets. “As for custody and assets, she’s not asking for a ruling on that yet,” Morghan confirmed. “I’ve had trials on those issues without the other side, because at some point, a court will decide whether a person wants to participate or not.”