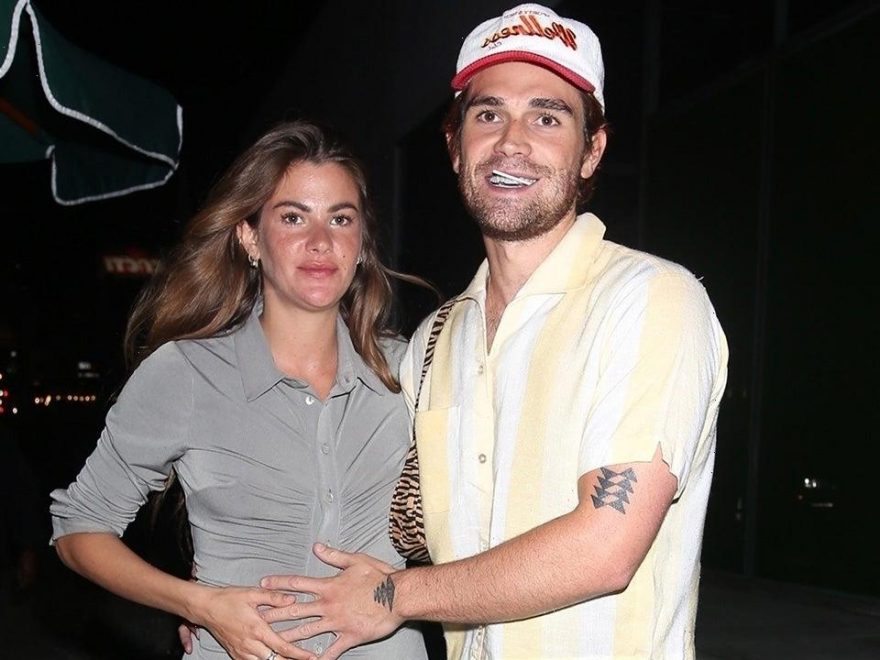 The 23-year-old Riverdale star and the 27-year-old model attended record executive Carter Gregory’s birthday party at 40 Love in West Hollywood. The private couple was in good spirits, Apa placing his hand on Berry’s burgeoning baby bump. The two are expecting their first child together, they announced in May.

Apa sported bright green pants for the occasion and yellow sneakers, while Berry looked chic in a gray button-up dress and platform sandals. 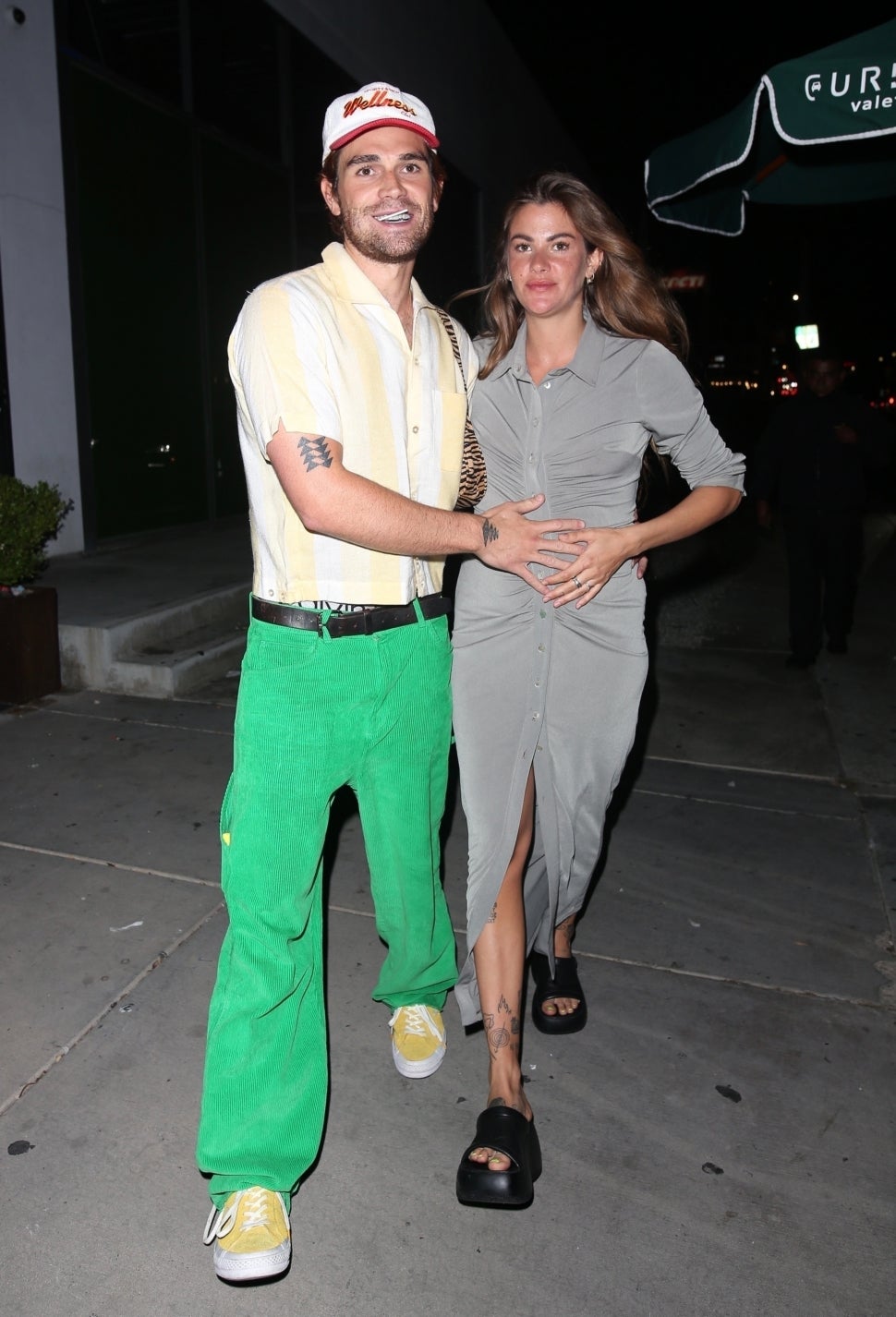 Romance rumors between the two first sparked in February 2020, after Apa Instagrammed a photo of himself snuggling with Berry. He captioned the PDA pic, “Coup de foudre ☺️,” which is French for “love at first sight.” The New Zealand actor and the French model then took their relationship public last August when Apa posted nude photos of her that he had snapped.