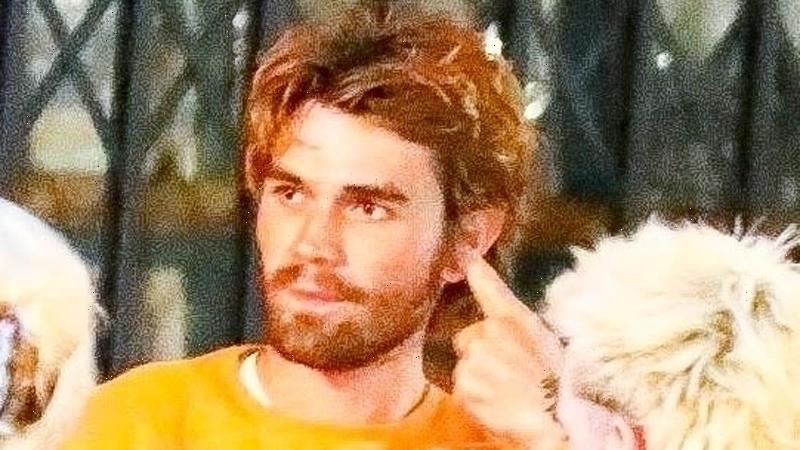 KJ Apa is hanging out with friends!

The 24-year-old actor, who plays Archie Andrews on the CW teen drama Riverdale, enjoyed dinner outside of a restaurant with a few friends on Saturday night (July 24) in Los Angeles.

PHOTOS: Check out the latest pics of KJ Apa

For his night out, KJ kept things casual in a bright orange, long-sleeved shirt paired with jeans.

Earlier in the night, KJ was spotted riding his motorcycle to the restaurant.

A few nights before, KJ and his pregnant girlfriend Clara Berry enjoyed a night out on the town with some of their friends.

KJ and the 27-year-old model made the announcement that they were expecting their first child together in May.

Get the scoop on KJ Apa‘s upcoming movie role!