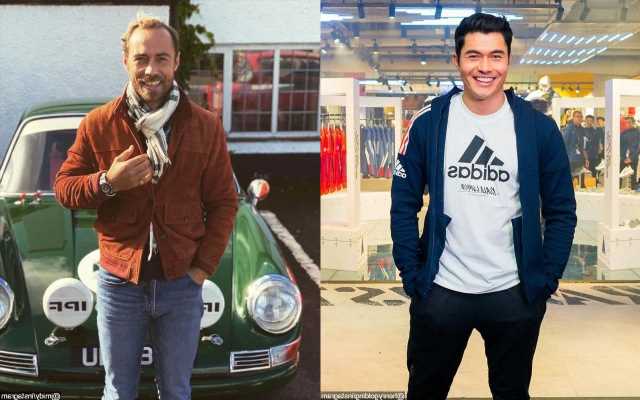 During an appearance on ‘Watch What Happens Live’, the ‘Snake Eyes’ actor also makes it clear he was not a fan of the ‘Real Housewives’ stars’ outlandish hairstyles.

AceShowbiz -“Crazy Rich Asians” star Henry Golding has a hairy link to the Duchess of Cambridge – he once gave her brother a trim.

Golding worked as a hairdresser before he found fame, and one of his most famous clients was Kate Middleton’s brother James.

“I don’t know if I should say it, but Kate Middleton used to come to the hairdresser’s I used to work at,” he revealed during an appearance on “Watch What Happens Live” on Thursday night, July 22.

“Way before… I cut her brother’s hair a long time ago. [They’re a] really sweet family, very sweet family. That’s my brush with the royal family.”

During his time with host Andy Cohen, Henry also rated the outlandish hairstyles of the stars of the “Real Housewives” reality shows, and made it clear he wasn’t a fan of the ladies’ wacky weaves.

Elsewhere in the chat, Henry weighed in on rumors of him being one of the candidates to replace Daniel Craig as James Bond after “No Time to Die“. Reacting to the speculations, he stated, “I guess they’re looking for another candidate, so of course, any right sort of man would want to put their hand up for it, so sure.”

When Andy later joked that Henry would be having dinner at the Buckingham Palace with the queen should he landed the 007 role, the “Last Christmas” actor got coy with his response. “I guess that comes hand-in-hand,” he simply said.

Henry has shown off his action skills in “Snake Eyes” which was released in theaters on July 23.