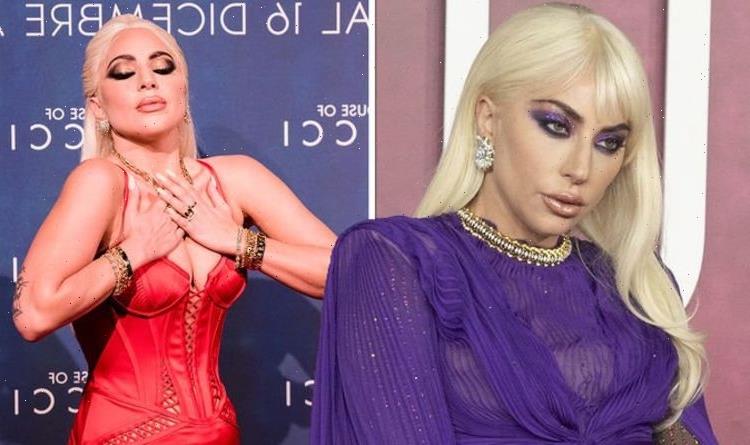 Lady Gaga has opened up about spending nine months in her House of Gucci character’s Italian accent. However, now one of the film’s dialect coaches has admitted they were not left entirely sold on her accent.

The character is based on a real-life woman who is from the area of Vignola in Northern Italy.

So far, viewers have been able to hear brief snippets of her accent in the trailer ahead of the film’s release at the end of the month.

One of the film’s dialect coaches has now shared their view on the accent in a new interview.

Italian actor Francesca De Martini told the Daily Beast: “I feel bad saying this, but her accent is not exactly an Italian accent, it sounds more Russian.”

Francesca was brought on by Ridley to help Salma Hayek on the film to develop her character’s accent.

She added: “I was noticing when I was on set, because I had earphones working with Salma and hearing what she was saying so I could help her to get it right, so I could hear Lady Gaga as well.

“When you see the trailer, there are so many different accents.”

She is of Italian and French Canadian ancestry with her paternal grandfather hailing from Naso in Messina.

The pop star has been opening up in recent interviews about her process of developing the accent.

In an interview with Vogue, she said: “It is three years since I started working on it, and I will be fully honest and transparent: I lived as her [Reggiani] for a year and a half.

“And I spoke with an accent for nine months of that.

Gaga also shared some insight into her method on The Graham Norton Show last Friday.

She said: “I started in the voice six months before we started filming and then I stayed in it while we were filming.

“Which was really super fun for Adam [Driver, her co-star]. I made him deal with that every f***ing day.”

The Oscar-winner then added: “But for me, Ridley shoots fast and he’s got four cameras going at one time.

“So I thought it was harder to go in and out of character and it was actually easier to stay in character.”