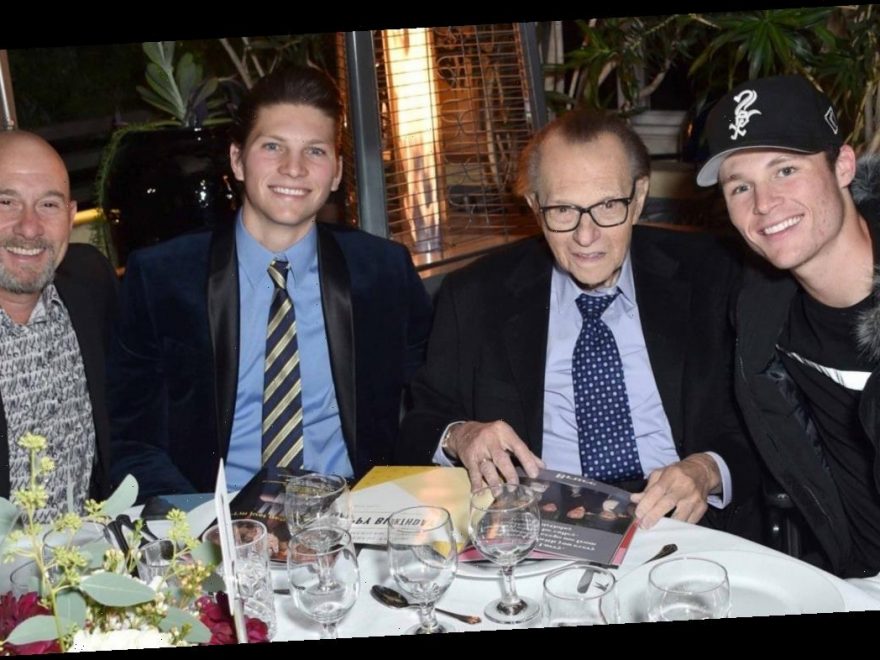 Larry King’s last known will states that everything in his estate is to be left to his children, according to multiple reports.

In a handwritten note dated Oct. 17, 2019, obtained by multiple outlets, the TV personality stated that he wanted Chaia, Andy, Larry Jr., Chance and Cannon to get all of his fortune and divide it equally. Sadly in 2020, King’s 65-year-old son, Andy, died in July while his 51-year-old daughter, Chaia, died a month later.

King filed for divorce from Shawn King two months prior to handwriting this will, per TMZ. According to the website, legal documents estimate King’s estate to be worth around $2 million, which isn’t counting separate assets held in separate trusts.Larry Jr. has also filed docs asking to be appointed administrator of the estate.

King died on Jan. 23 at Cedars-Sinai Medical Center in Los Angeles, just five months after Chaia’s death. He was 87.

“We are heartbroken over our father’s death, and together with our extended family mourn his passing. The world knew Larry King as a great broadcaster and interviewer, but to us he was ‘dad,'” the statement read in part. “He was the man who lovingly obsessed over our daily schedules and our well-being, and who took such immense pride in our accomplishments — large, small, or imagined. And, through it all, we knew without a doubt in the world that he loved us more than life itself. He was an amazing father, and he was fiercely loyal to those lucky enough to call him a friend. We will miss him every single day of our lives.”

Following his death, Shawn told ET that her late husband died from a sepsis infection, unrelated to COVID-19.

“It was an infection, it was sepsis,” she shared. “Well, he was finally ready to go, I will tell you that. You know, he never wanted to go but his sweet little body was just, it had just been hit so many times with so many things and once we heard the word COVID, all of our hearts just sunk. But he beat it, you know, he beat it, but it did take its toll and then the unrelated infection finally is what took him, but boy, he was not gonna go down easily.”

Here’s a look back at King’s legendary career.

Larry King Dead at 87: Looking Back on His Legendary Career