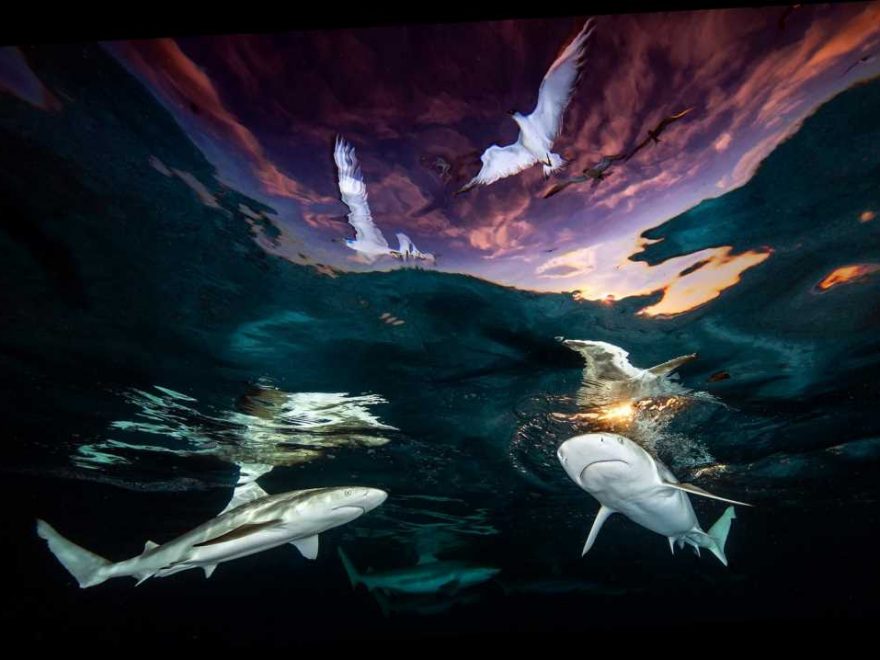 An American woman is making waves in the world of photography.

Renee Capozzola was recently named the Underwater Photographer of the Year for her visually-stunning shot titled, "Sharks' Skylight," according to the annual competition's website.

Capozzola beat out more than 4,500 competitors from 68 countries to claim the first place award, and is now the first female to ever hold the winning title, CNN reported.

"I am completely blown away and honored beyond words to have received this prestigious recognition," Capozzola wrote in an Instagram post, where she announced the news. "If someone had told me five years ago that I would be the overall winner in 2021, I would never have believed them!"

Originally from Southern California, Capozzola is an international underwater photographer who specializes in wide-angle and split-level images, according to her website.

She has traveled all over the world, snapping "striking images" that she hopes will "help increase awareness of our fragile marine ecosystems and encourage others to help protect our oceans," her website states.

Her contest-winning photograph was no different.

The image — capturing sharks underwater and birds above the surface — was taken on the island of Moorea in French Polynesia, according to her Instagram post.

"[It] happens to be one of my very favorite places to photograph sharks," she said a statement on the post, explaining that the island's "strong legal protections" help sharks "thrive and balance the marine ecosystem."

During her visit, Capozzola said she spent "several evenings in the shallows at sunset, hoping to capture something unique."

The image, she hoped, would be captured underwater with the sunset visible — an idea that was different from her usual split-level imagery.

Though it took "many attempts," Capozzola said she was able to bring her idea to life one night when "the water was calm, the sunset was vibrant, and I got extremely lucky with the composition."

"Sharks are in danger of extinction so it is my hope that this picture will help increase the awareness of the added protections sharks need throughout the world," Capozzola added in the caption of her post.

Alexander Mustard, chairman of the judges, said her photo served as "an image of hope; a glimpse of how the ocean can be when we give it a chance; thriving with spectacular life both below and above the surface."

Other judges noted that when they laid eyes on the photograph, they were "mesmerized" and sure that it was "the deserved winner," according to her Instagram post.

The Underwater Photographer of the Year competition has been running since 1965 and is based in the UK, their website states.

There are more than 12 main categories in the competition, including Wide Angle, Macro, Black & White and Portrait, per their site.