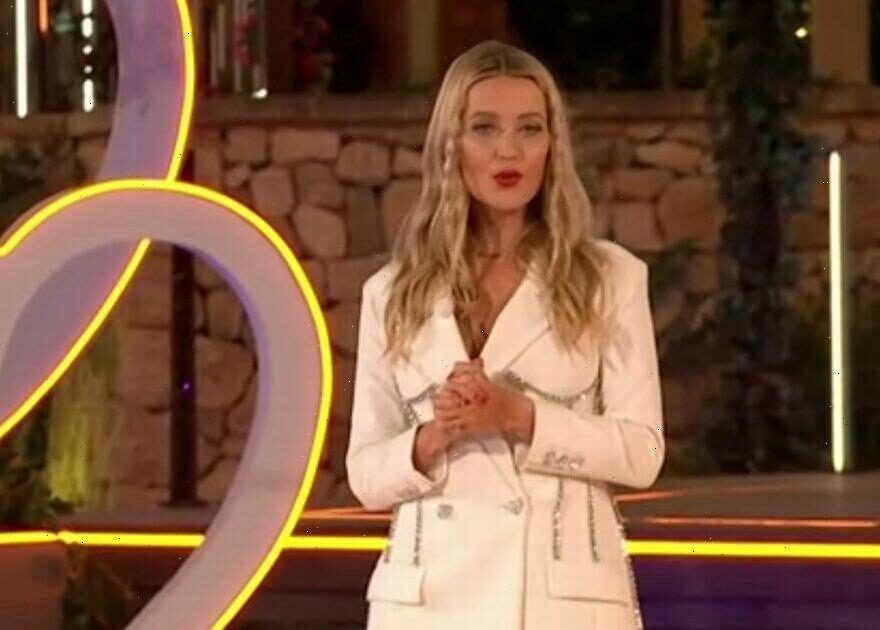 Love Island host Laura Whitmore is said to have picked up half a million pounds for just 23 minutes on screen during her presenting stint on the most recent series of the popular ITV2 dating show.

The 37 year old presenter, who announced her departure from the show on Monday 22 August after three seasons, is said to have picked up the impressive sum even despite her minimal screen time.

The Irish star took over the role of presenting the show in 2020, after her friend Caroline Flack, the show’s former host stepped down amid a legal battle.

Earlier this year, it was reported that Laura had signed a deal with producers to return to present series 9 of the dating show, for an impressive £500,000 fee.

However during the show’s eight week run, the bubbly blonde only appeared on our screens for a total of 23 minutes and 40 seconds across the season’s 57 episodes.

OK! have reached out to Laura’s representatives as well as ITV for comment.

Outside of her main villa presenting duties, Laura did however also keep herself busy by presenting the show’s spin off series Aftersun, where the eliminated Islanders would go to be grilled by the presenter after leaving the villa.

On Monday evening however, Laura admitted her time on the show had come to an end and she would not be returning to present the next series of the dating programme.

Announcing the news on Instagram, Laura shared an image of herself dressed in a red jumpsuit during her presenting stint on this year's show, and alongside it, she wrote: "Some news! I won’t be hosting the next series of Love Island.

"There are certain elements of the show I’ve found very difficult that cannot be changed some due to the format, including the flying back and forth to South Africa along with my new conflicting projects.”

She then paid tribute to her late friend and former Love Island host Caroline Flack, who passed away in February 2020.

She wrote: "I wish it was still possible but know you’ll be in safe hands. I was only planning to fill in for Caroline for a series and it turned into 3 series."

"I hope I did you proud Caroline," Laura concluded her statement alongside a red heart emoji.

Several famous faces rushed to congratulate Laura for her success on the show, while also wishing her well in her future endeavours, which include an upcoming stint on London’s West End.

One of this year’s contestants, Tasha Ghouri wrote: "You smashed it!!” as she commented on the announcement.

The Voice UK judge, Olly Murs also wrote: "You was unreal Laura," whilst Gogglebox 's Scarlett Moffatt commented: "You smashed it my lovely," and Emily Atack also said "smashed it”.

Laura is married to Love Island narrator Iain Stirling, 34, with whom she shares a one year old daughter, and it seems that Iain will be retaining his role on the show, despite his wife's departure.

ITV bosses confirmed in May that we would be getting a second dose of Love Island within a year, with the return of Winter Love Island, which will be filmed in South Africa.

The ITV2 programme first aired its winter series back in January 2020, but has been absent from screens ever since due to the Covid-19 pandemic.