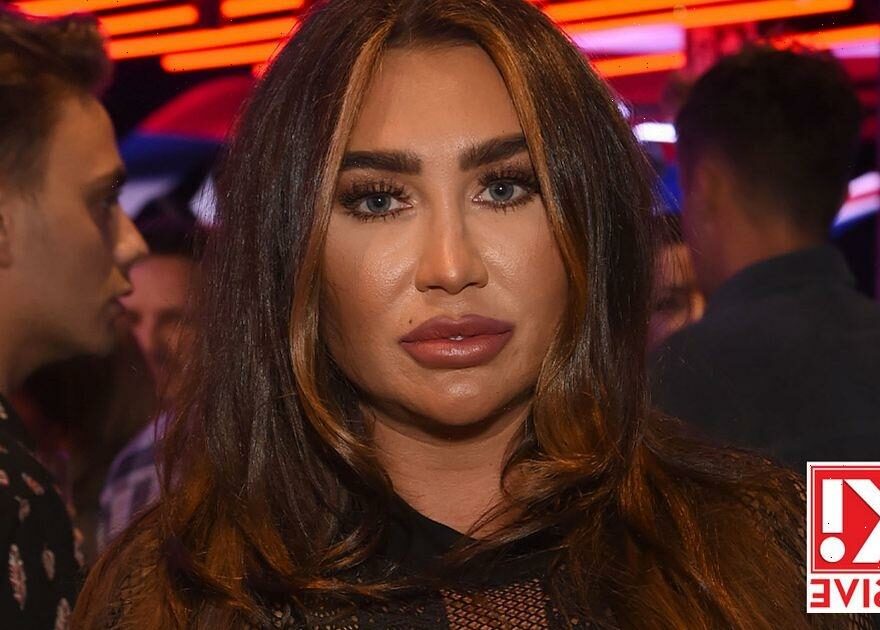 Lauren Goodger has endured one of the toughest years of her life following a string of heartbreaks, including the death of her former boyfriend Jake McLean, the devastating loss of her baby daughter Lorena and suffering an alleged assault on the day of the tot’s funeral.

And just when it appeared things couldn’t get any worse for the former TOWIE favourite, she’s now coming to terms with “the ultimate betrayal”. She’s learnt that her ex Charles Drury is now dating a friend of nine years she considered to be a “sister and auntie figure rolled into one”.

We can reveal that builder Charles has even moved in with Lauren’s close pal, leaving the reality star devastated. “This girl is one of her closest confidantes. She’s a family friend and Lauren saw her as a sister and an auntie figure rolled into one,” a source told us.

“She has been there by Lauren’s side the whole time. She helped her through her pregnancy with Lorena and she was there with her through her grief after she died. Lauren also confided in her about her relationship with Charles. It is the ultimate betrayal.”

Our source revealed that Lauren found out about Charles’ new relationship after their daughter Lorena’s funeral in August. “She went through the heartbreak of losing her daughter and then found out that her friend is with Charles,” they said. “She feels like she’s had the carpet pulled from beneath her feet.”

Despite her pain, Lauren, 36, still wants to “be civil” with Charles, 25, for the sake of their 15-month-old daughter Larose.

“She is her main priority,” our source added. “She feels broken but she will always put Larose first.”

Meanwhile, a separate source close to Lauren also told us: “It was a complete shock for Lauren to find out they were together and that they are living together. She’s absolutely heartbroken as she trusted her friend.

“She’s been a support through everything Lauren has been through in her life, like when she broke up with exes Jake [McLean] and Joey Morrison. It’s one of her longest-standing friends.”

They added: “Lauren had an inkling they were seeing each other and then it was confirmed by mutual friends. She was fuming.” Lauren hinted at her feelings this week as she took to Instagram Stories to post a cryptic quote which read: “If you cheat, I’m not cheating back. My loyalty is going to hurt you in the end.”

She also shared a picture as she held Larose's hand, in which her “Lorena” tattoo could be seen, and wrote: “You’re the reason my heart is still beating.”

Lauren and Charles called it quits this summer. He was subsequently arrested for an alleged assault at Lauren’s home on the evening they laid Lorena to rest. Their baby daughter tragically died after she was born with the umbilical cord around her neck.

Lauren and Charles first started dating in October 2020, but their relationship went through a blip in November last year when Charles slept with model Amy Gilbert while they were on a break.

Lauren told us at the time: “If you’re not treating me how I should be treated, then you’re not here. Who knows what’s going to happen next week, next month. But I just know you can’t come and go when children are involved.”