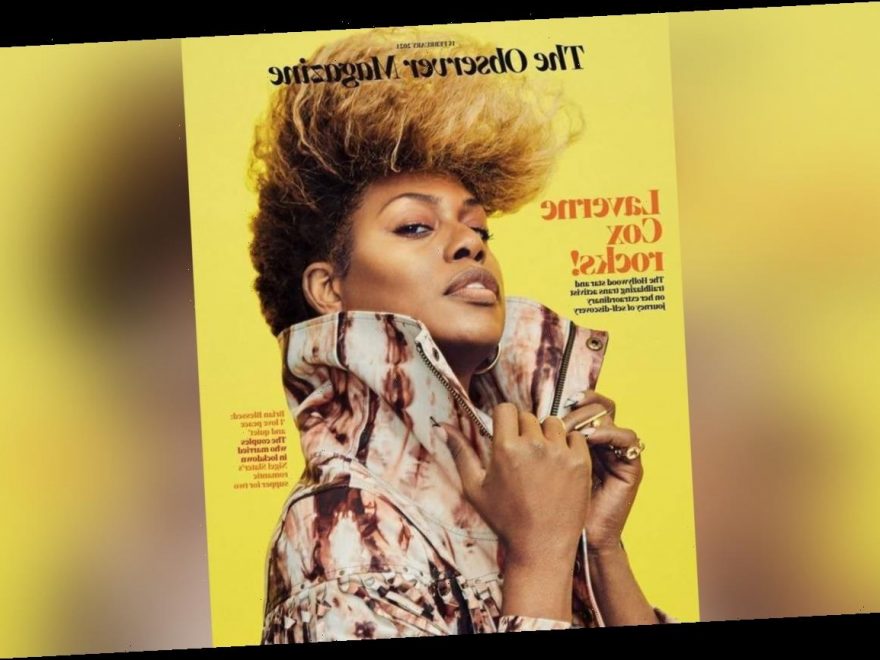 The ‘Orang Is the New Black’ actress claims she has been through the ‘hardest year of [her] life’ as she struggled with a ‘spiritual opportunity’ during the Covid-19 lockdown.

AceShowbiz –Laverne Cox has been through the “hardest year of (her) life” over the last 12 months.

The “Promising Young Woman” actress initially saw the coronavirus lockdown periods as a “spiritual opportunity” but has struggled because she’s so hard on herself and regularly berated herself with “vicious, cruel” remarks.

“I remember thinking, ‘This is a spiritual opportunity.’ Ha! Oh Laverne, you’re so full of it! Turns out it was the hardest year of my life. When I’m alone I can be really hard on myself,” she said during an interview with Observer magazine.

“I’ve caught myself saying the most atrocious things to myself, things I would never say if I was out in the world. ‘You’re so ugly…’ Vicious, cruel things. Things that, if I said them to a child, then the child would be taken away from me. But, we all have a child inside us, so…”

The screen star knows she “deserves so much better” than the way she treats herself but still can’t help “shaming” herself for her flaws.

“I can’t bear how cruel I’ve been to that little girl. It’s not fair to her – she deserves so much better,” she continued. “It’s so hard for me not to blame her, not to shame her when she hasn’t been perfect.”

“So this ‘spiritual opportunity’ is confronting how cruel I’ve been to myself. I’ve known how hard I can be on myself for about 10 years, but I can only say it now.”

Laverne’s self-cruelty stemmed from an acting class she took a decade ago.

“10 years ago in an acting class the teacher had me take on the persona of the b**chiest queen from RuPaul’s Drag Race and then have me ‘read myself’, externalising my negative self-talk in front of the class. When he said ‘cut’ I broke down in tears. And then he had me do it for eight weeks in a row,” she recalled.

And the “Orange Is the New Black” star is a perfectionist in a bid to stay “safe.”

“It comes from a shameful place. I think this’ll keep me safe. I think perfectionism will keep me from being judged, or harmed. It’s self-protection,” she said.

“But, unfortunately bad stuff still happens if you’re perfect. Me being visible is not keeping trans people from being murdered. So… I need to be gentler. Sometimes I manage.”

Laverne tries to counter being tough on herself with positive affirmations.

“This sounds so corny…I stand by the mirror and say, ‘You’re so amazing,’ ” she said. “I say, ‘You got through that, that’s incredible. So many people are still struggling in ways you don’t struggle any more. You’ve accomplished so much, you’ve grown so much. So many trans people have said their lives are better because of you.’ “

“I stand in the mirror and say, ‘Laverne, you should be so proud.’ “