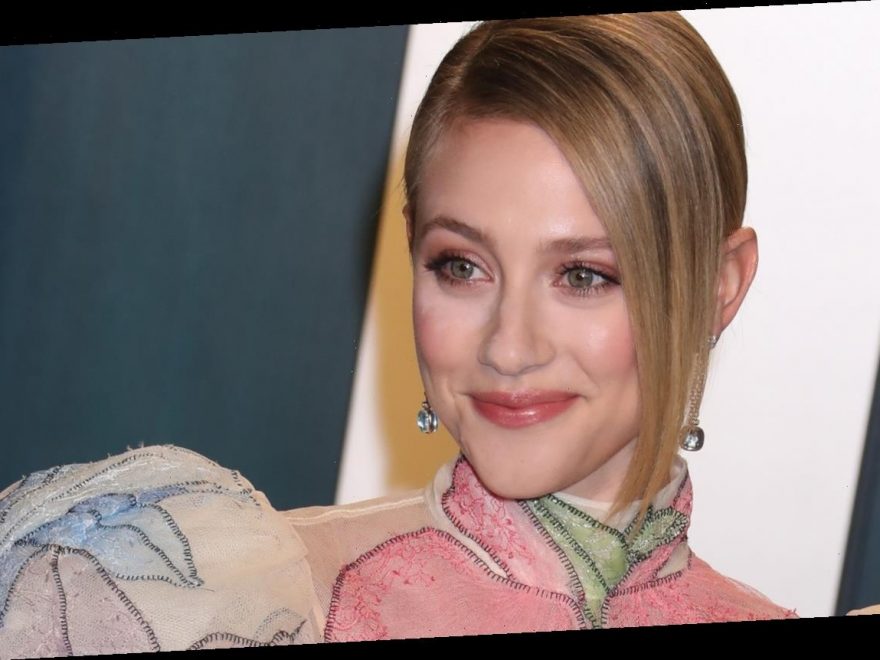 In an interview with Nylon published Sept. 2, Lili Reinhart opened up about bisexuality, coming out, and dating girls. The Riverdale actor made waves on the internet back in June when she casually came out as bisexual on her Instagram Stories. "Although I’ve never announced it publicly before, I am a proud bisexual woman," she wrote. "And I will be joining this protest today. Come join." Reinhart was surprised by the enthusiastic response to her announcement.

“I’m like, ‘Isn’t everyone bisexual?’” she told Nylon. “I remember being in fifth grade. I was waiting for my bus. I remember this so weirdly and vividly, just standing by myself going, ‘Do I like girls?’ I don’t even know where it came from or why. I remember looking at this article — I think it was in Cosmo — that asked ‘Do you want to be with that woman that you’re looking at, or do you want to be her?’ I was like, ‘I would like to be her, because she’s a sexy, amazing woman, but I also want to be with her.’”

Reinhart went onto explain that, while she’s dated both women and men in the past, she never felt the need to publicly disclose her sexuality. “I didn’t date girls until I was… right now,” she says. “I’d been with a girl when I was 18. This part of my life was never intentionally hidden. My friends and family knew. My cast members knew. I didn’t want to come out and talk about it because I felt that bisexuality was becoming a trend [among celebrities], but I’ve supported the LGBTQ community since I was a little tween, and it just felt organic. I was like, ‘F*ck it. Now’s the time. It’s not something I’m ashamed of. Hey, you. I’m going to be at this protest for LGBTQs for BLM. Come join me.’”

Reinhart was, of course, most recently in a very public relationship with her Riverdale co-star Cole Sprouse. After months of rumors, Sprouse confirmed their split by posting a photo of Reinhart alongside this sweet caption:

Lili and I initially separated in January of this year, deciding to more permanently split in March. What an incredible experience I had, I’ll always feel lucky and cherish that I had the chance to fall in love. I wish her nothing but the utmost love and happiness moving forward. All I’ll say about it, anything else you hear doesn’t matter. Also her movie comes out soon! I’m sure she’s just as incredible in it as everything else she does. Thanks guys ❤️

Here’s to hoping her next relationship, whether it be with a man or woman, is also an incredible experience.