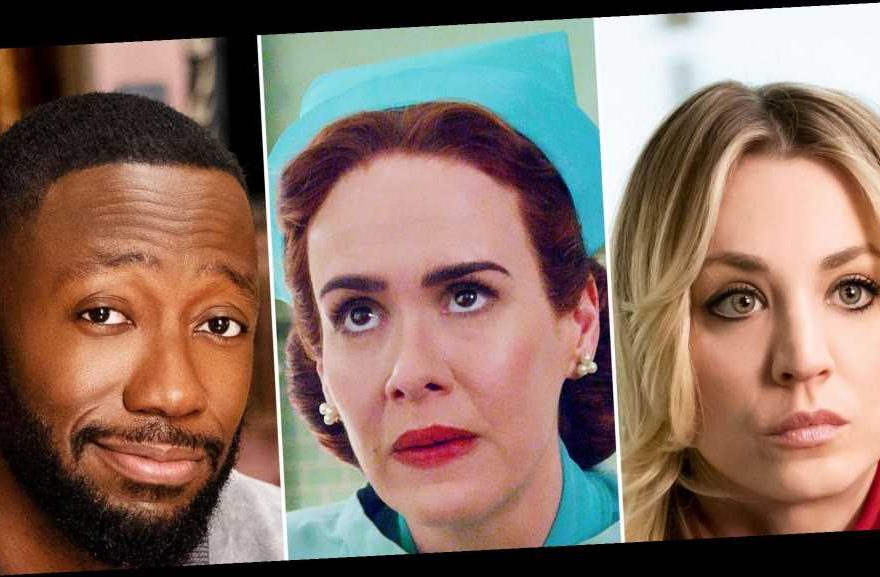 It’s no secret that fall TV is going to look a bit different this year. With so many shows pushed back due to the coronavirus pandemic, the schedule has been changed.

That said, shows that had previously been put on pause — Fox’s neXt and Filthy Rich were originally set to air last fall but were held — have been moved up to debut this season. Plus, there are many shows that were filmed pre-pandemic — and one that was shot during — that will be introduced for the first time, beginning now.

One of those new shows includes HBO Max’s The Flight Attendant, in which Kaley Cuoco will return to TV following the long-running comedy The Big Bang Theory.

“I love making people laugh, but it’s been an incredible experience working my dramatic muscles,” she tells Us exclusively about taking on the series’ lead role of Cassie — a flight attendant who wakes up next to a dead body with no memory of what happened. “This cast is so experienced and has surrounded me with so much support. They make me feel like I can do anything.”

The drama has been three years in the making and Cuoco, 34, has “been extremely involved since day one,” she says — “from music choices to the shoes on my feet.” Overall, the executive producer has been feeling the support: “The team around me is so strong. This experience has challenged me to ask questions and know it’s OK to say, ‘I don’t know what I’m doing! Someone help me.’”

Scroll through the gallery below for more new shows to watch for this fall.